To the north side of the Saint Marco square, visitors will come across a project of the Renaissance, the Torre dell’ Orologio. It is situated on a tower at the entrance of the Merceria Street in order to be visible from the lagoon. The clock tower was originally built during the 15th century, however alterations have been made over the years.

At the top of the tower, there are two large bronze statues, known as “Moors”, which strike bell every hour. One of the men is old and the other is young, to present the passing of time.

Just below, the winged Lion of St. Mark with the open book stands impressively in front of a blue background with stars. The original tower had a statue of Doge Agostino Barbarigo which was removed by the French during its capture by Napoleon.  A semi-circular balcony with the statue of the Virgin Mary and baby Jesus follows. On the right hand side there are Arabic numerals and on the left hand side there Roman numerals which show the time at 5 minute intervals. Twice a year (Epiphany on the 6th of January) and on Ascension Day (40 days after Easter) there are also three Wise Men which appear and go around the statue of the Virgin Mary and Jesus.

The clock on the façade of the tower displays the time in roman numerals and presents the phases of the moon as well as the zodiac signs, made from enamel and gold. The aim of the clock was to inform the explorers when they could travel according to the tides. Passing through the arches entrance, visitors come across the Merceria Street towards Rialto.

Lastly, it is said that the creator of the complicated clock mechanism Emilia Giancarlo Ranieri, was blinded after completing his unique creation so that he could not repeat it again. 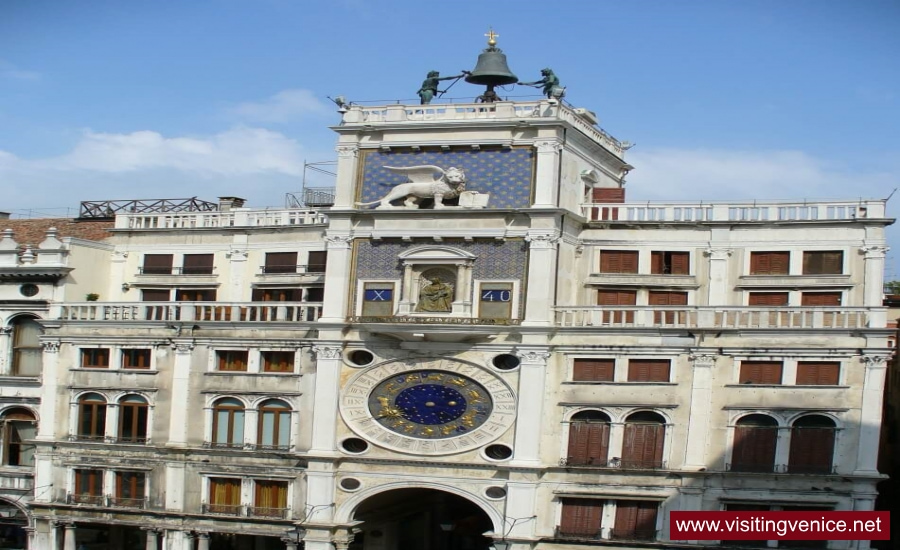 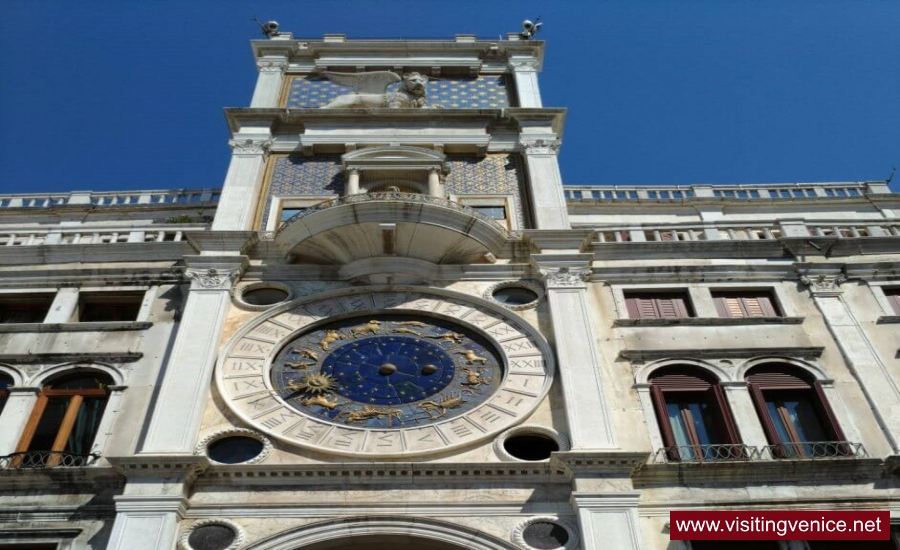 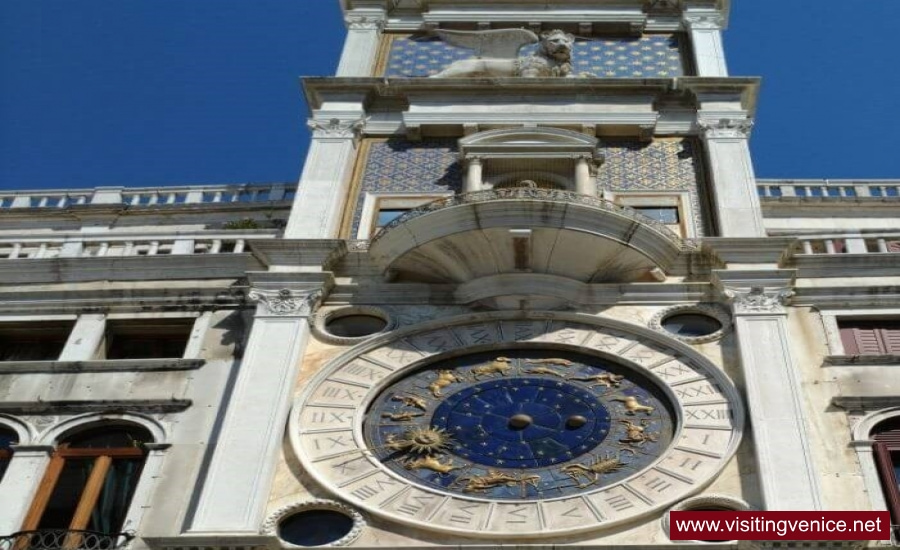 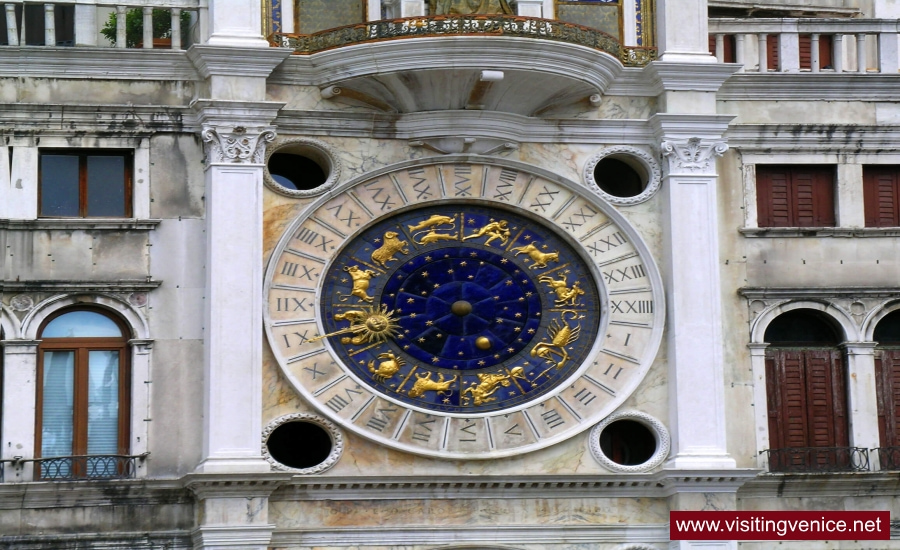