The two most impressive buildings in Venice, the Saint Mark’s Basilica and the Doge’s Palace stand side by side in the Saint Mark’s Square. The smooth repetition, the harmonic airy design as well as the soft colours of the palace are a refreshing antidote to the bustling mixture of domes, arches, sculptures and the mosaics of the façade of the Basilica.

The most qualitative decoration of the Saint Mark’s Square is taken out of a Venetian gothic fairy-tale.The Doge’s Palace is a palace of Gothic architecture in Venice. Today’s palace was constructed during the period 1309 until 1424 on an existing building of the 9th century. The building is said to have been designed by Filippo Calendario. Bartolomeo και Giovanni Bon later on created the monumental entrance of the building (Porta della Carta) towards the side of the square. The Porta del Frumento id the oldest part of the building, which is towards the canal side and it where visitors enter.

The palace was the residence of the leaders of Venice or Dodges, and included the office of a number of political foundations, arranged around a central courtyard. The first floor housed the law offices, the directorate, the registration offices and the navy offices. The second floor accommodated the Grand Council room, the voting room and the Doge’s chambers. The third floor had the Sala del Collegio which was decorated with paintings (some of these paintings were portraits of the Dodges), and the Lepanto room, decorated by Paolo Veronese which is where the foreign ambassadors would be invited. There are also buildings that were used by government officials such as the Bussola room where citizens could hand in their written complaints, the Council rooms and the Sala dei Tre Capi that was decorated by the Greek Renaissance painter Antoni Vasilaki as well as the State religious court.

The most thematic room is considered to be that of the Grand Council or the Sala del Maggior Consiglio, which was originally used for legislation debated. This grand room is decorated by murals, decorations on the ceiling and various paintings, especially portraits of the Doges. One of the paintings is  Paradise of Tintoretto which is considered to be the largest canvas painting in the word.The study room of Sala dello Scrutinio is also very interesting, where many masterpieces are on display especially the Battle of Lepanto (1571) by Andrea Vicentino. The Museo dell’Opera is situated in the basement while the kitchen of the palace is part of an ongoing exhibition.

The tour of the courtyard with its marble decoration, the exquisite quarters of the Doge, the chambers and the prison offer a trip back in time that will not leave anyone untouched. The Bridge of Sighs is situated at the back part of the palace that links the palace with the prison. 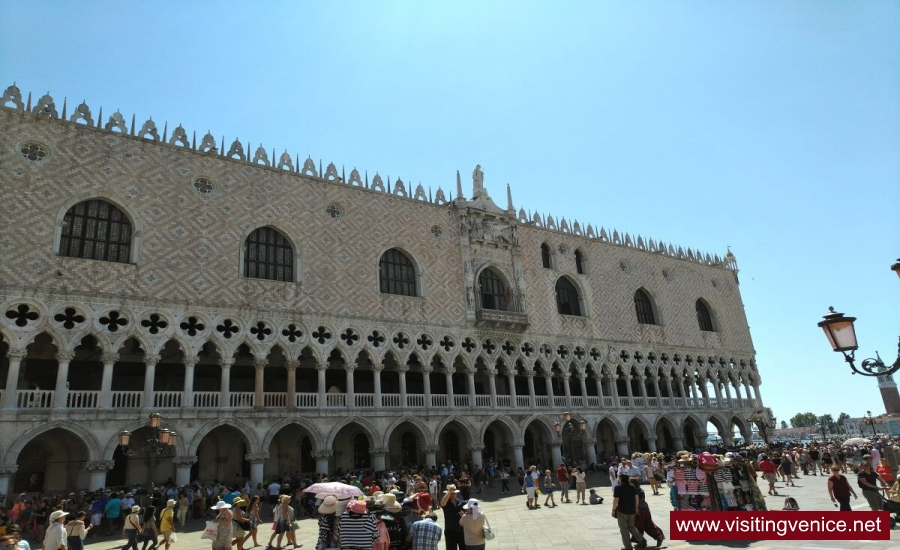 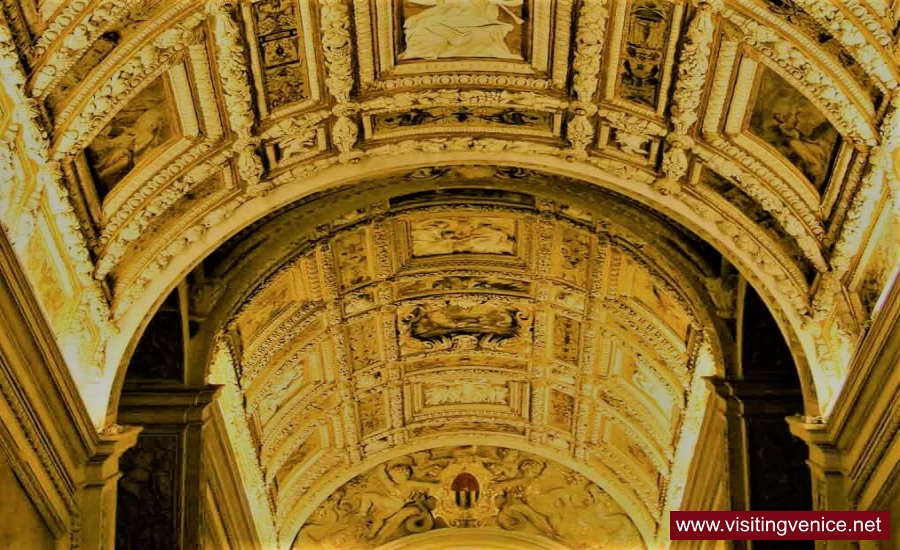 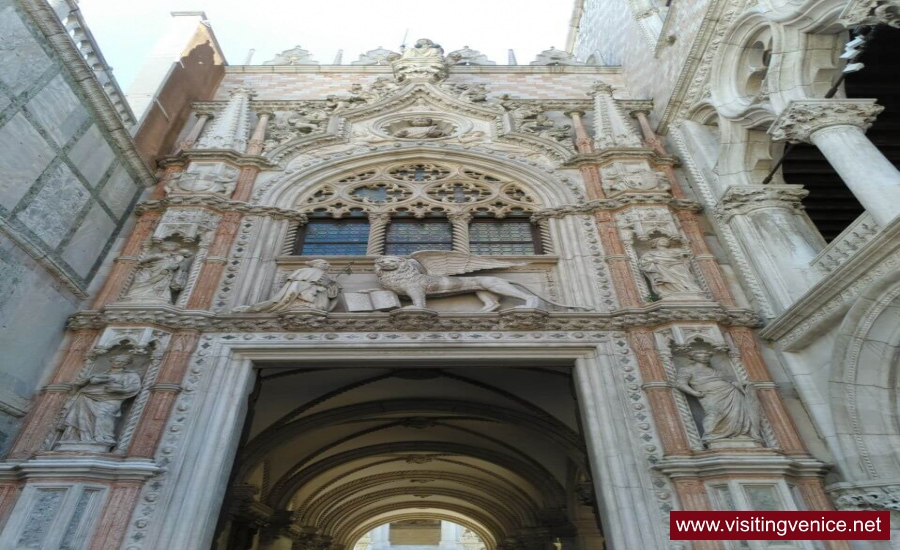