The history of the Venetian mask is lost in the mists of time, from the primitive people, until those who inscribed the great steps of mankind civilization. Apart from its general use though, the mask is also a hallmark of the Carnival.

The Carnival and the reasons the mask and the costumes were created are a result of various social conditions and their use changes over the centuries. The Venetian mask appeared during the medieval era, when people were afraid to show their real feelings and reveal their identity.In order to limit the relentless moral decline of Venice, local authorities had to place some rules and instructions regarding the use of the mask as well as costumes in general.

There are very few indications that explain the motivation of the adoption of the mask in Venice. Some support that covering the face in public areas, was the Venetian response in one of the most rigid hierarchies in European history.

According to the archival material, the Venetian masks were worn in the town of Venice from the medieval era, during the 12th and 13th centuries. They were worn in order to hide from any illegal activity, gambling, dances, illicit relationships or even political scandals.

During the year 1268, the most ancient recording of a law that limits the misuse of the mask was documented. The particular law did not allow men with masks called Mattaccini, to play a game in which they would throw women eggs with rosewater from high buildings. During the early 1300’s, many laws and decrees were issued, restricting and control of the use of the mask by the libertarians Venetians. Another law in 1339, did not allow Venetians to wear vulgar costumes and visit monasteries with nuns. The law also forbade painting their faces or wearing bears and wigs.

Near the end of the Democracy, the use of the mask in everyday life had severe restrictions. Until the 18th century, it was only restricted for about three months from the 26th of December , as it was used to hide ones identity as well as illegal activities. It was a symbol of freedom and violation of all social rules imposed by the Venetian Republic.

The creation of handmade venetians masks, was a particularly widespread activity and there were thousands of establishments that made them. The demand for masks and their use was so great, that the simple black masks began being transformed into elaborate creations and spread at European level.

In 1776, a new law was imposed in order to protect the forgotten “honour of the family” that forbade women from going to the theatre without a Bauta mask that covered their face.

With the start of the Austrian occupation, Venice lost its authentic carnival character as the Venetian ladies put their masks to the side, adapting to the fact that the Austrian government did not allow their use with exception of the private dances.

The Italian government was more open but this time the Venetians were weak. Venice was not the city of the Carnival anymore, but an Imperial Province without personal freedom. During the second Austrian government masks were allowed during the Carnival period.

Two centuries later, the Carnival returned to stay, but with a new role as an artistic and creative expression, that takes place in the great San Marco Square.

Venetian masks are made of leather, papier-mâché, porcelain or an original technique made of glass. Originally they had a simple design and decoration, while today they are hand painted and are decorated with natural wings, precious metals and stones.

Some of the most well-known masks are:

Bauta: A mask that covers the whole face. It has always been a traditional piece of art, with an intense chin, without a mouth and many golden plated parts. The mask has a square jaw that is tilt up in order to allow the user to speak, eat and drink easily without having the need to take it off and thereby preserving the user’s anonymity. The Bauta is often accompanied by a red cape.

Colombina: A half mask which only covers the eyes, often with artful decoration by gold, silver, crystal and wings. It is held onto the face by a club or ties with a ribbon as most other Venetian masks.

Medico della Peste (the plague doctor): A mask with a long beak, which is also one of the most odd and recognisable venetian masks. The impressive design has a long history as it is dated to the 17th century. It was created by the French doctor Charles de Lorme, who adopted it along with other health precautions, as he cured patients from the plague. The mask is white and is made up of a round beak, while the eyes are decorated with crystals.

Moretta: An oval mask with large holes for the eyes, worn by women. The mask also has a veil that hangs from the neck.

Larva or Volto: A mask that covers the complete face. It is usually white with a 3d design that makes it more comfortable in relevance to other masks. It is accompanied by a triangular hat and a mantle which increased the mystery aura.

Of course there are many other masks apart from the ones mentioned above, such the Arlecchino, Brighella, Burrattino, Pantalone, Pierrot, Pulcinella, Gatto. 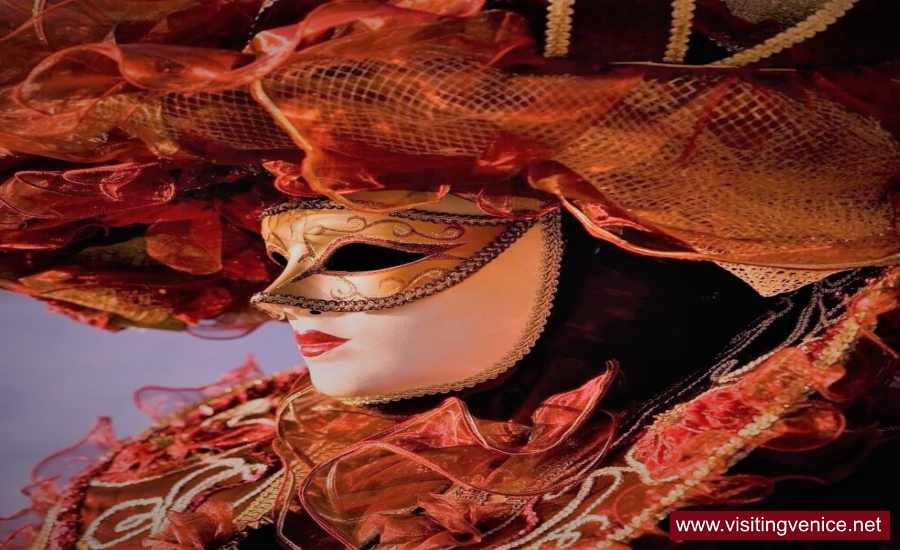 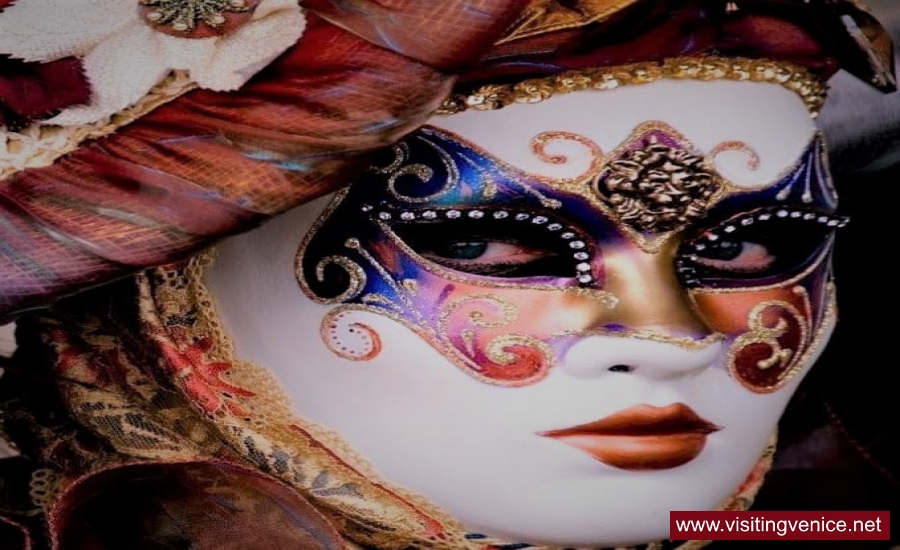 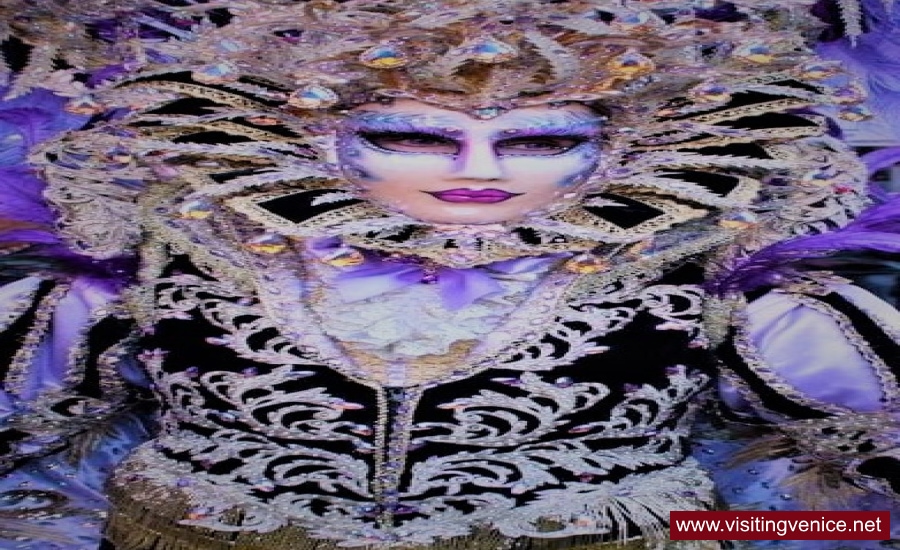 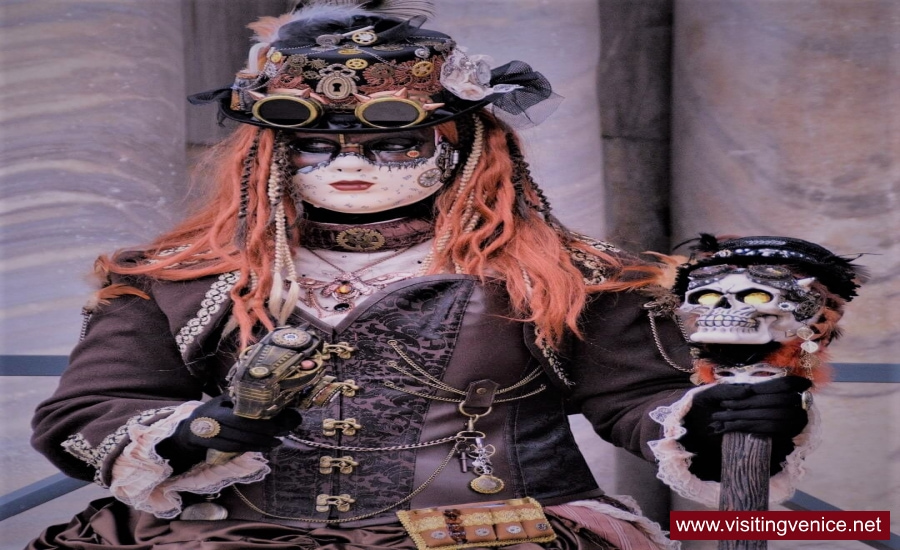 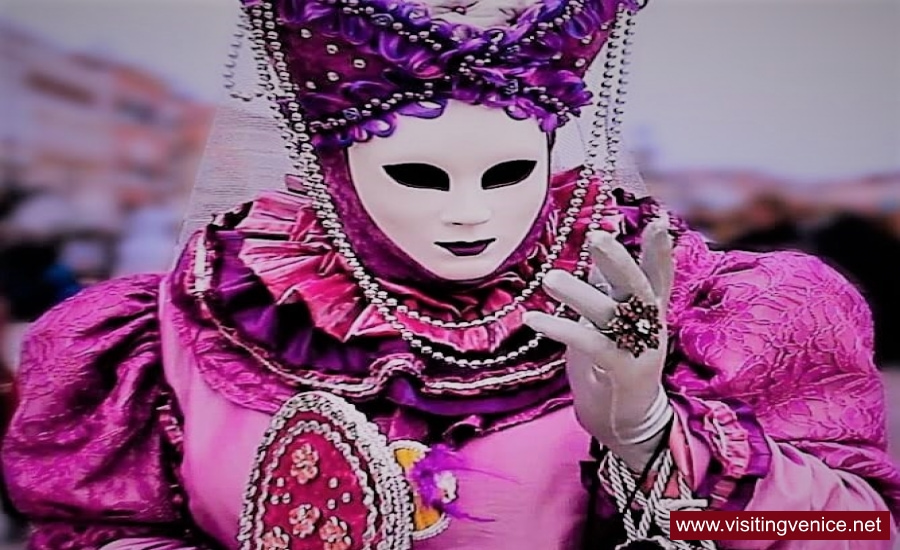 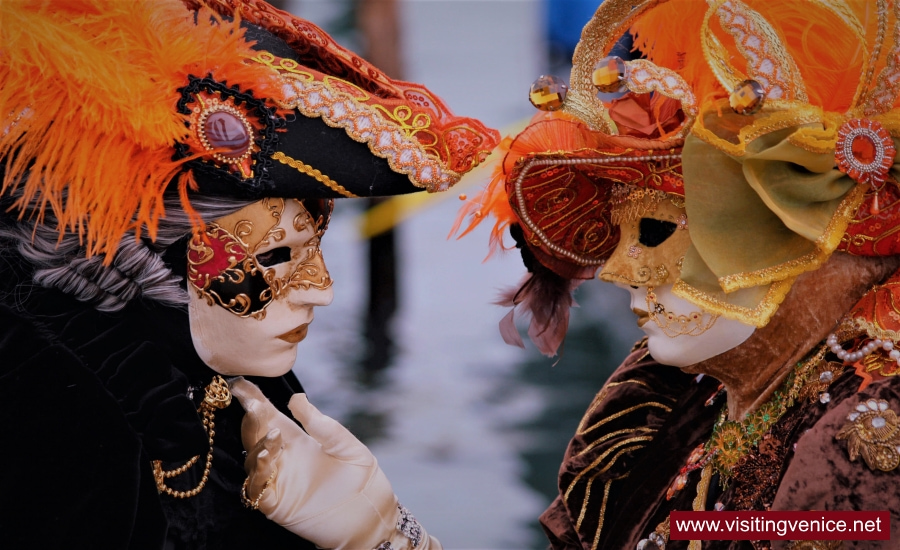