The Basilica of Santa Maria della Salute is situated in the district of Dorsoduro in Venice. More specifically it faces the Pallazo Ducale on the opposite side of the Grand Canal.  It is commonly known as La Salute and is one the largest churches in Venice being a minor basilica. The basilica is one of the most importance churches in Venice and it can be seen on most postcards from Venice.

The church was built in 1631 in order to end the outbreak of the plague that began in 1630 and killed about a third of Venice’s population. The Venetian Senate agreed that a church would be built in honour of the Virgin  for saving the city from the plague. After the plague had subsided the construction of the church took place.

A competition for the church design took place, and the winner was an architect called Baldassare Longhena. The construction of the church took 56 years to complete and was finally finished in 1687.Longhena sadly passed away five years before the church was opened and never got to see his work completed.

The church is built in a Baroque style, with an octagonal shape and small chapels on the sides.  The building sits upon a platform made of 10.000 wooden piles that have remained intact. It is made of Istrian stone and a type of brick called marmorino. The exterior is also decorated with a statue of the Virgin on top of the apex. Other figures such as saints, prophets and evangelists are also presented in the decorations.

The interior of the church is decorated with works like the Presentation of Our Lady in the Temple, the Assumption of Our Lady, and the Nativity of Our Lady which were painted by Luca Giordano. Tintoretto is another painter with his Marriage at Cana , and Titian with a the Descent of the Holy Ghost, Saint Mark Enthroned with Saints Cosmas , Damian , Sebastian and Roch , the ceiling scenes with David , Goliath , Abraham , Isaac, Cain and Abel as well as the Pentecost in the nave.  The altar was also painted by Titian. Josse de Corte is also the artist of the Virgin saving mankind from the plague (1670), the Madonna and Child in the high altar (created during the 12th or 13th century)

An Annual Feast called the Fest della Salute takes place every year on the 21st of November in order to honour the Virgin when a temporary bridge crossing over the Grand Canal is placed. 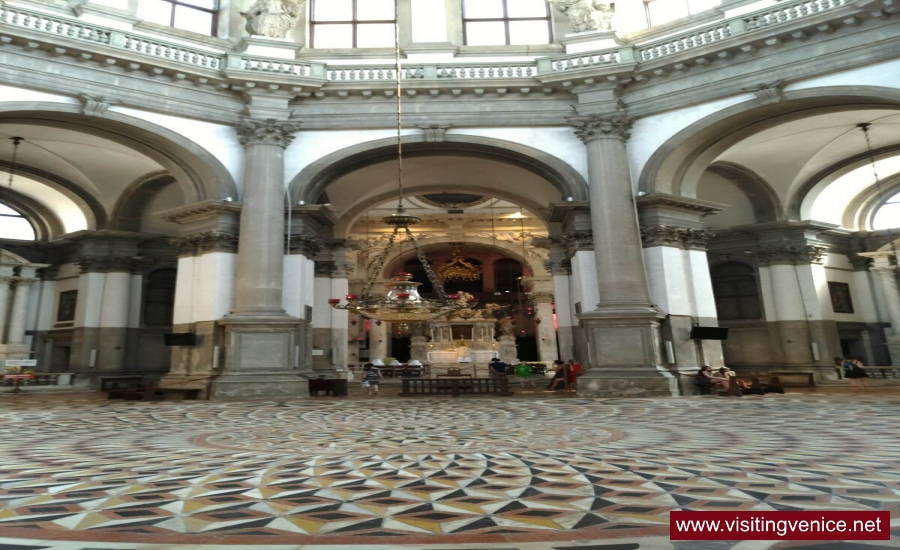 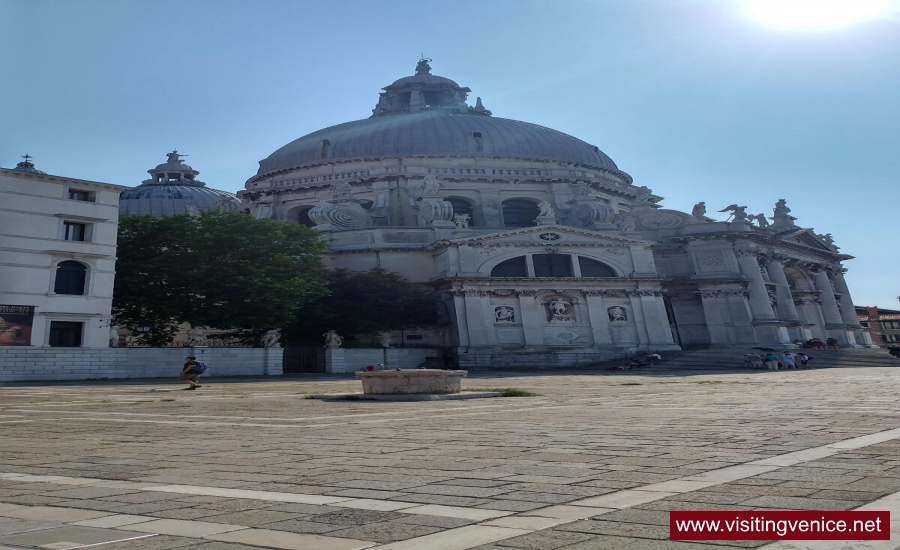 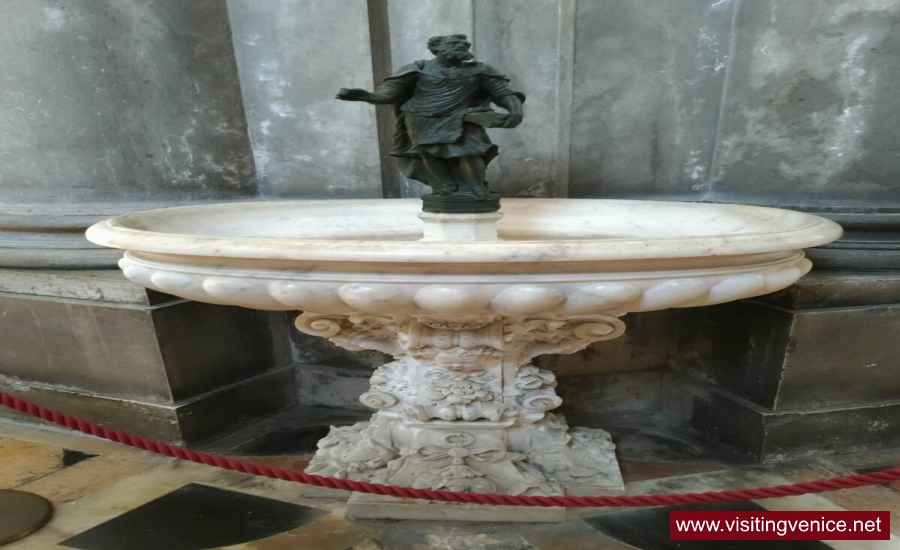 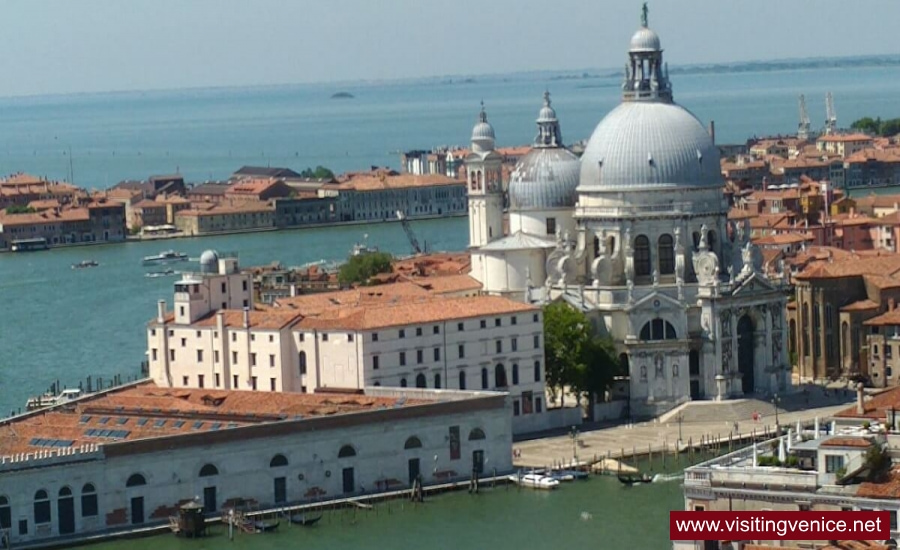 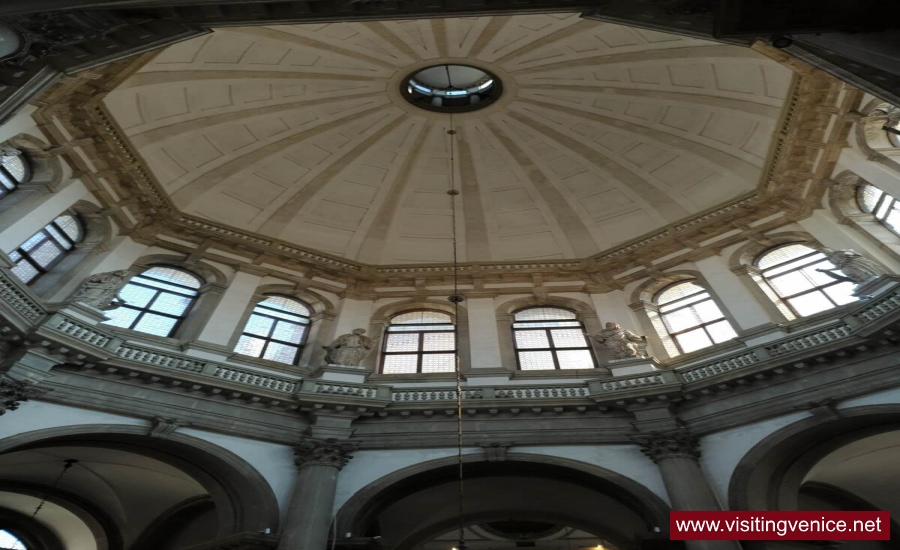 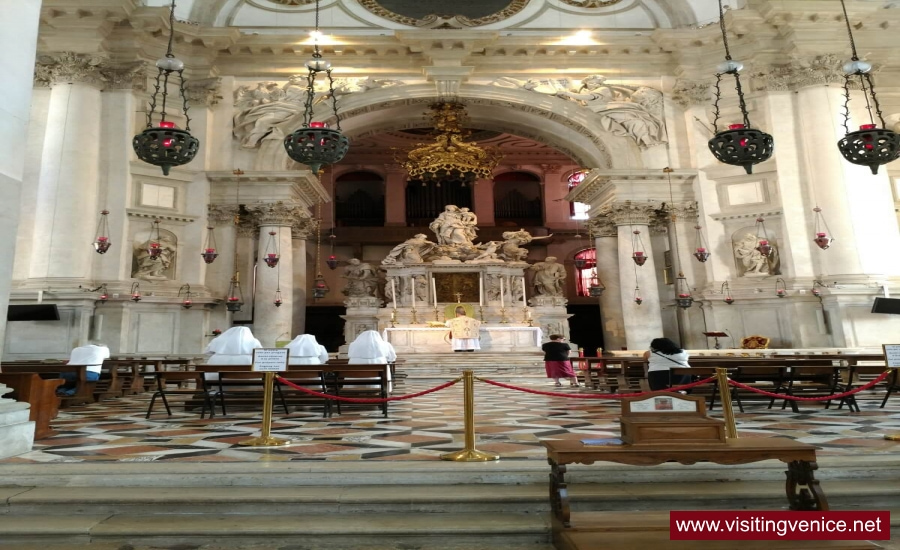 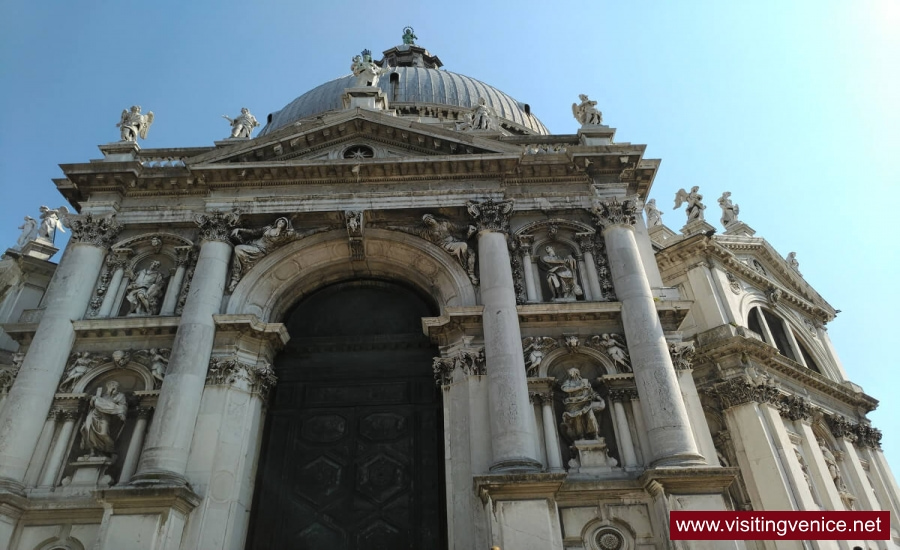