It is a small early renaissance church that was built during the 15th century and was designed by Pietro Lombardo. . It was originally built in order to house an icon of the Virgin and Child which was painted by Bicolo di Pietro around 1408.

The exterior of the church is covered with marble, extra pilasters and arcade windows which give the impression that the church is of a larger size. The effect that is created as a whole is well respected by many who have even linked it to a large tomb with a dome.

The interior of the Santa Maria dei Miracoli is decorated with pink white and grey marble. The miraculous icon of the Virgin Mary is situated on the high altar of the church. There is one nave with a barrel-vault and staircase that leads to the main altar. The main altar is decorated with statues that give designed by Tullio Lombardo, Alessandro Vittoria and Nicolò di Pietro. The vault is decorated with wooden coffers and fifty panels that are decorated with the prophets painted by Pier Maria Pennachi and assistants.

Above the entrance is a wooden choir stall of the nuns from a nearby convent who used to access the church through a raised passageway that has now been destroyed. 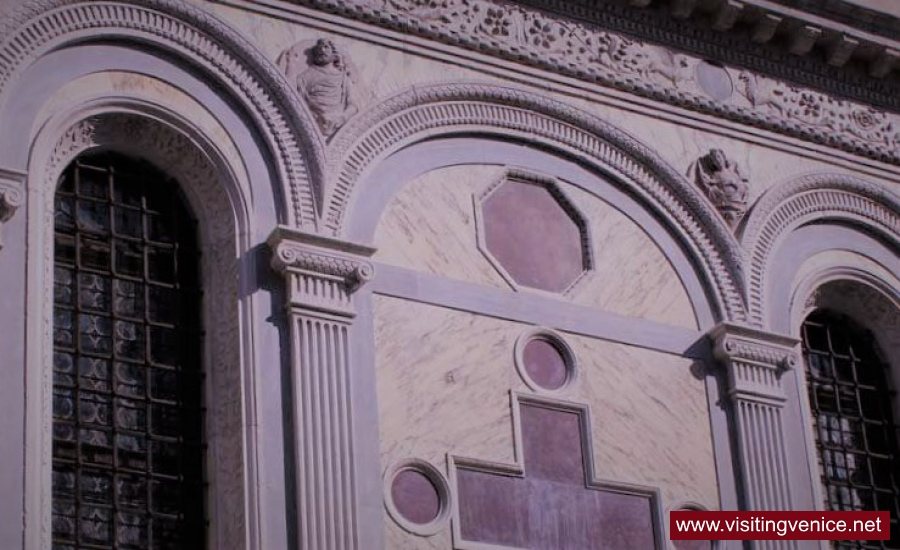 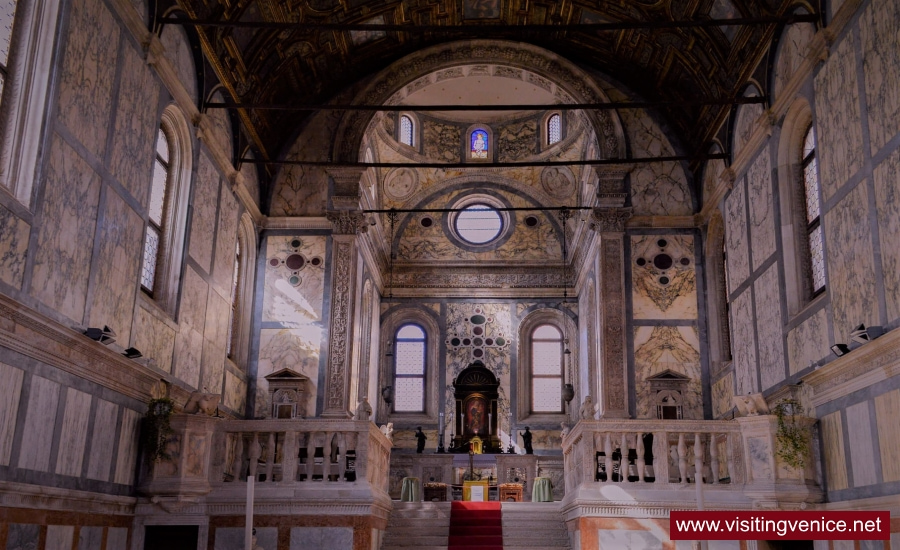 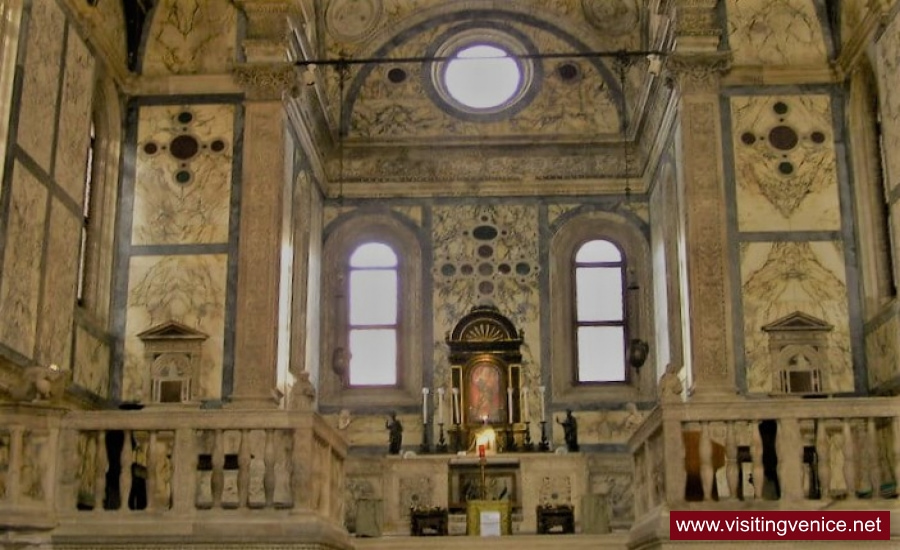 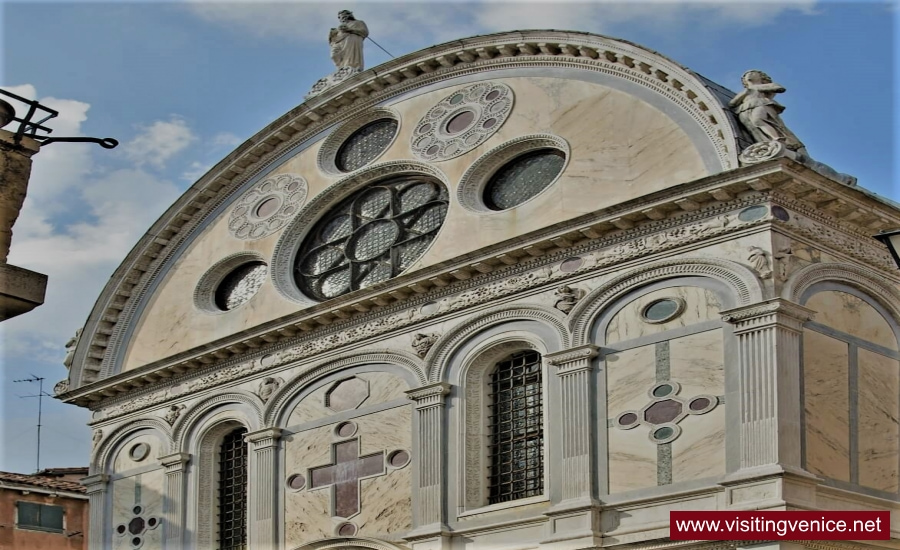 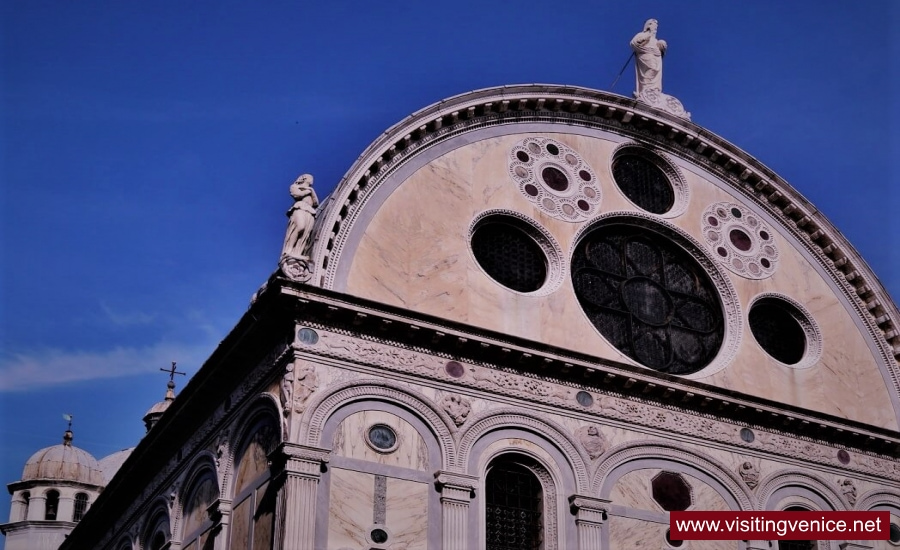