Burano is an island in the Venice lagoon and is about 7 kilometres from the San Marco Square. Access to the island is only by a 40 minute boat ride which visitors can get from the town centre. Burano has around 2700 residents and is divided into five neighbourhoods: San Martino Destro, San Martino Sinistro, San Mauro, Giucecca and Terranova which are divided by the three channels on the island which are Rio Ponticello, Rio Zuecca και Rio Terranova.

There are two versions about the name of the island. According to one version, it was named from the first family that established itself there, the Boriana family. Another version stated that the first residents came from a neighbouring island Bouranello.

Even though Burano is a tourist location, not that many people bother seeing it therefore it is never completely crowded in comparison with the main districts in Venice. There are no hotels on the island so one can only visit it for the day. The island of Burano is actually very small and can be covered in less than half an hour on foot.

The island of Burano is well known for many reasons. To begin with the island is filled with colourful houses that make it look like it came out of a fairy-tale. When residents want to paint their house, they must first contact the authorities who will give them a choice of colour which they are allowed to use. This procedure is so that tradition can be preserved.

It is said that the island’s fishermen were the first ones to paint their houses in bright colours in order to see them while there was fog. The Casa di Bepi is the most unique house on the island with over ten different colours and geometrical shapes on its walls. After seeing all the coloured houses, the next attraction is the San Marino Church which is well known due to its leaning bellower.

The island also has a tradition for creating lace. In order to learn more about the art and the exact procedure, tourists can visit the Museo del Merletto. The creation of lace during the 16th century and it became well known through the occupied island of Cyprus. According to tradition, Leonardo Davin chi visited the town during 1481 in order to purchase fabrics for the famous Duomo di Milano. In 1872 a lace school operated on the island, however today machines have replaced human hands, leaving only very few women to follow the traditional procedure.

The traditional biscuits of the island are called Essi or bussola and are shaped into an S. they can be found on the Galuppi Road. It is said that the particular biscuits were made by the wives of the fishermen before going away for fishing. Today they are traditional sweets mainly during Easter period, but they can be found on the island all year round. 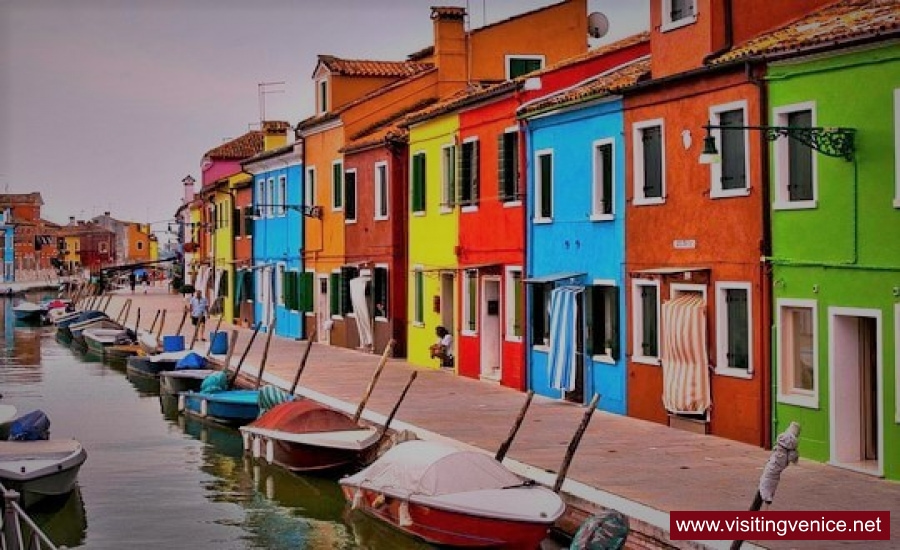 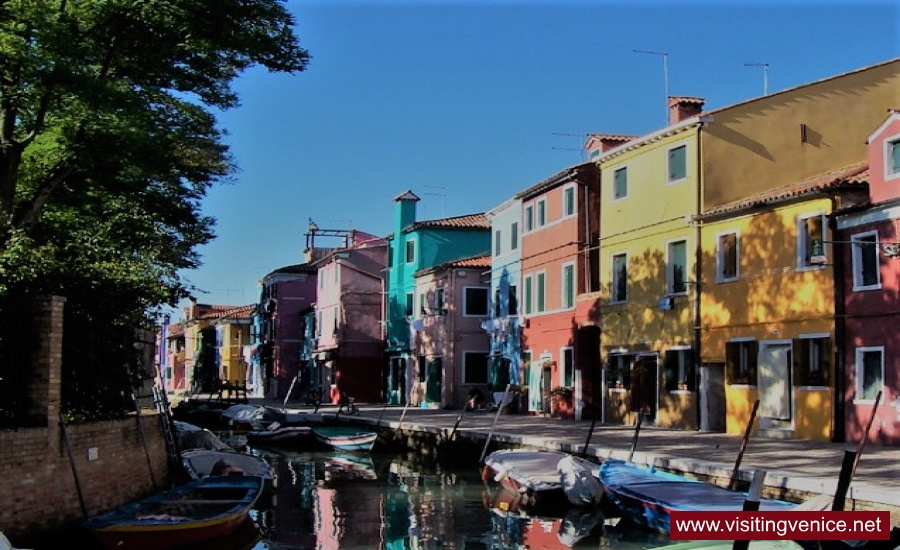 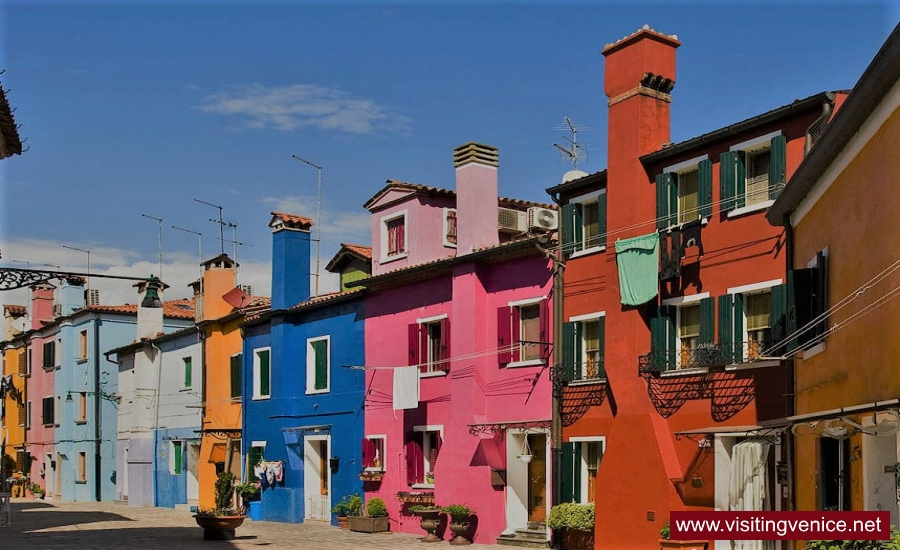 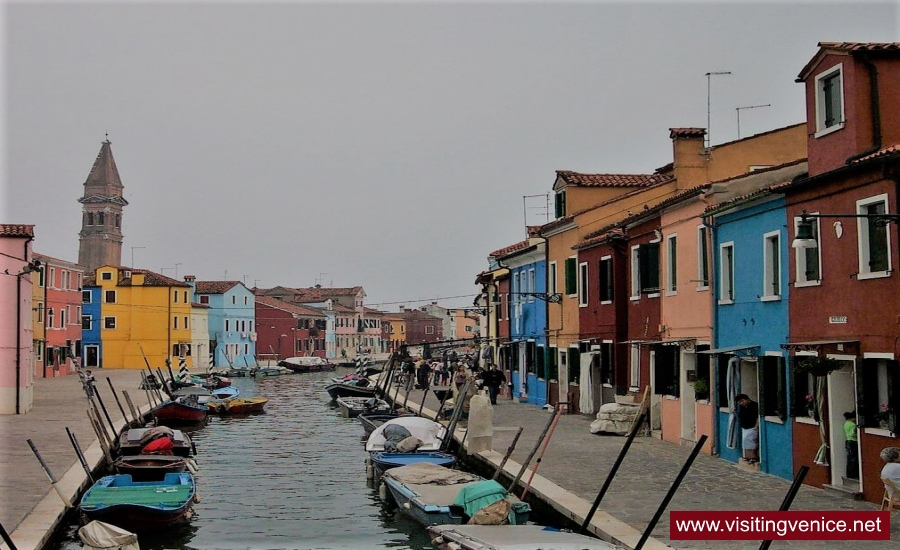 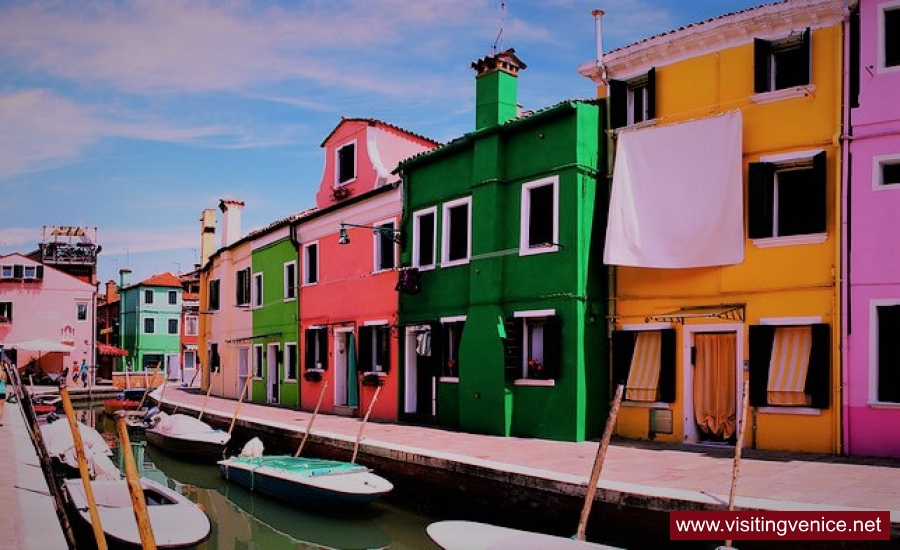 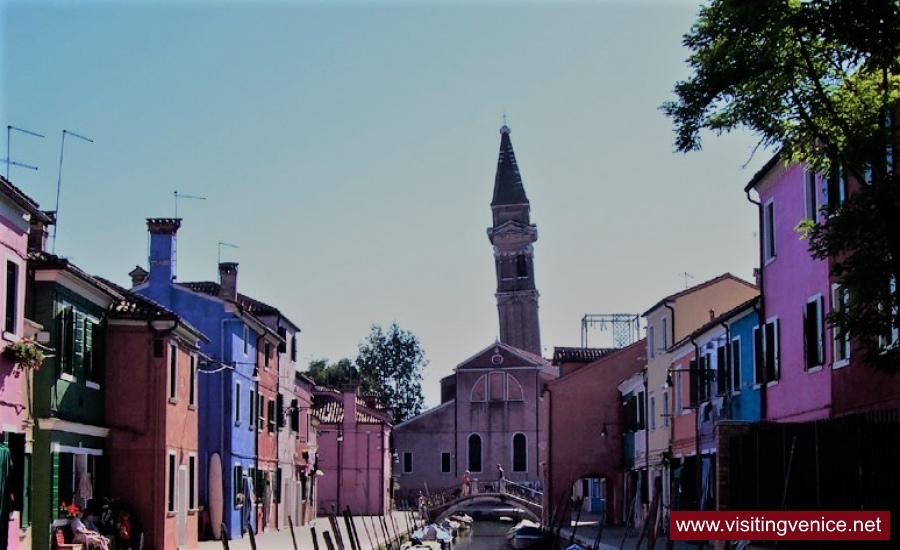 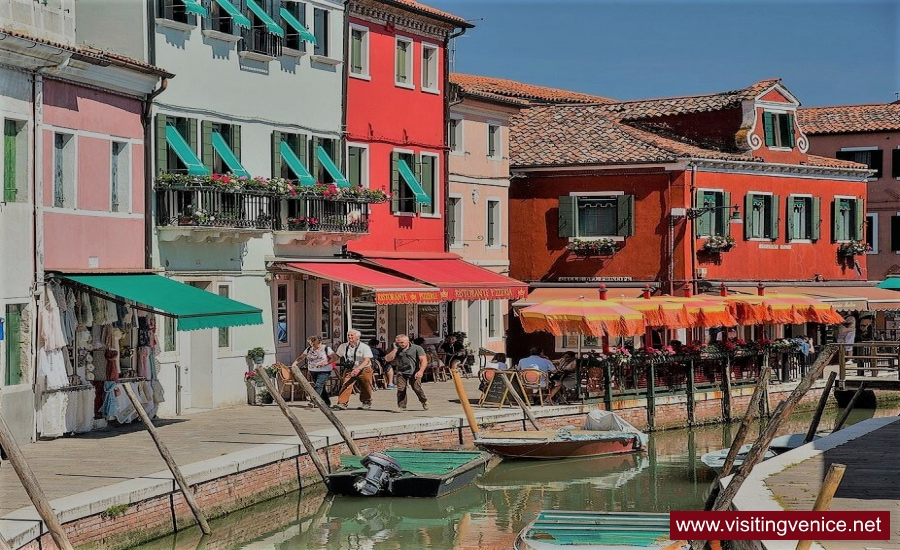 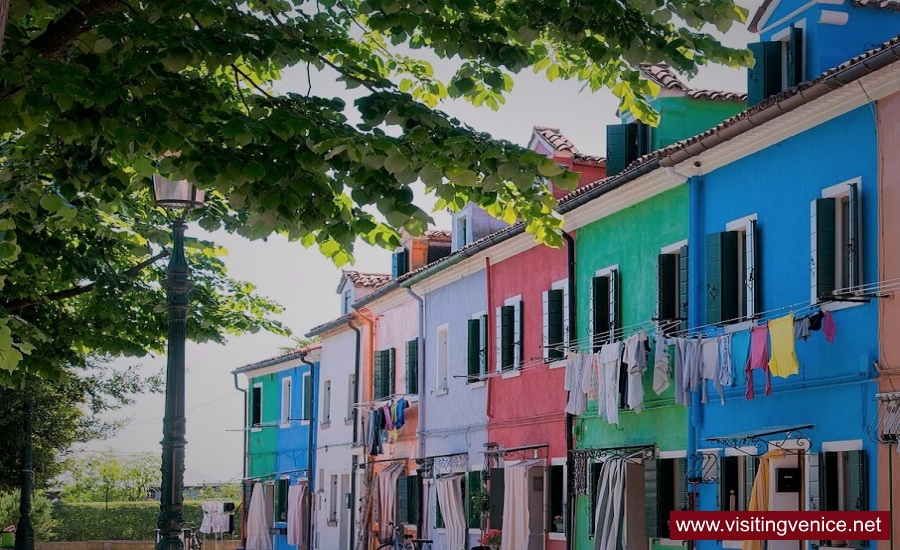 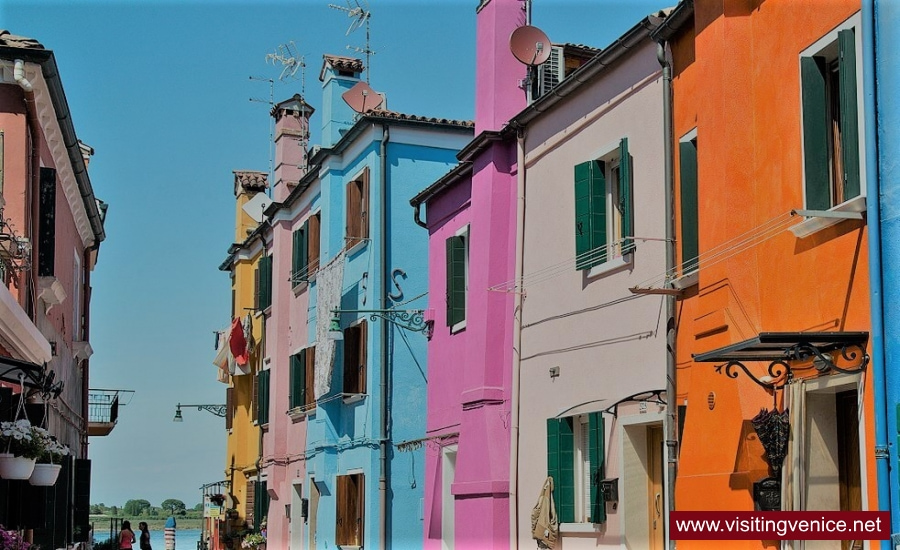