The Venetian language is a romantic language that is spoken in the area of Veneto by more than 2 million residents. In particular the language is called Veneto or Lingua Veneta. The Italian legislation treats it as an Italian dialect even though it has many differences from the Italian language in order to be classified as a separate language. The Venetian language is different in both grammar as well as phonetics and vocabulary. It is usually classified in the West Romance languages, a branch of Romance in which Italian does not belong to. Some authors include it amongst the French-Italian languages, but it is also treated as a separate language. Typically, Venice has little in common with the French-Italian languages of northwest Italy, even though there is some relation with the neighbouring language of Istria. The Venetian language has been recognised as the language of Veneto since 2007, however they is no official writing system. According to research, about 65 % of the Venetians speak the Venetian dialect, which is incomprehensible for most Italians.

Venice has been the scene or the chosen location for many films and cultural references. The novel Death in Venice, written by Thomas Mann has formed the base for an opera written by Benjamin Britten, a film by Luchino Visconti and a cocktail. The city was also the location of where three of the James Bond films were filmed (From Russia with love, Moonraker, and Casino Royal). Other films such as The Tourist, summertime, Casanova, After Midnight, Indiana Jones and the Last Crusade, Venice Love Story, Lara Croft Tomb Raider and The talented Mr. Ripley.

Venice has a rich and diverse architectural style, with the well-known Gothic rhythm. The Venetian Gothic architecture is a term that is given to a Venetian building rhythm that combines the use of the pointy Gothic arch, with the Byzantine and Ottoman influences. The rhythm was created in Venice during the 14th century, where the contribution of the Byzantine rhythm from Constantinople met the Arab influence from Mauritania Spain. The main examples of the rhythm in the city, are the Doge's Palace and the Ca' d'Oro. The city also has many Renaissance and Baroque buildings, amongst them the Ca' Pesaro and Ca' Rezzonico.

The city of Venice in Italy, had an important role in the evolution of Italian music. The Medieval Maritime Republic of Venice was widely known as the Republic of Music, as each house had a person who played a musical instrument or sang. During the 16th century, Venice became one of the most important music centres in Europe, with a characteristic style of composition (Venetian school) with composers such as Adrian Bilaert who worked at the San Marco Basilica.  Venice was the first centre of music publishing. Ottaviano Petrucci began issuing music almost as soon as this technology became available. In particular his publishing company helped him to attract composers from all over Europe, especially from France and Flanders. At the end of the century, Venice was famous for the splendour of its music as expressed in the colossal style of Andrea and Giovanni Gabrieli who used multiple choirs and groups of organs. Venice was also the base for many famous composers during the period of baroque such as Antonio Vivaldi and Girolamo Dalla Casa.

It can be said that Venice produced the best and the most sophisticated creations Rococo. During that period Venice was in a problematic state. It has lost most of its naval power, it lagged behind in relation to its political opponents and society had reached a decline with the noble spending their money on gambling and feasting. Venice remained an Italian capital of fashion and competed with Paris in regards with wealth, architecture, luxury, taste, sophistication, art, decoration, style and design.The Venetian Rococo was known as being as rich, luxury with excessive designs. The unique Venetian furniture was the divani da portico , or the large Rococo sofas and the pozzetti , were destined to be placed against the wall. The Venetian bedrooms were usually luxurious, with large curtains made of damask, velvet and silk while the beds were wonderfully carved with flowers and angels. Venice was especially known for its rotary mirrors which could be considered the most beautiful in Europe.The chandeliers were usually very colourful with the use of Murano glass which made them look livelier. They stood out from others as they used precious stones and other materials from abroad, as Venice had another great commercial empire. Lacquer was very common and a lot of furniture was covered with it. The most well-known was lacca poverta (poor lacquer) on which various metaphors and images of social life were painted upon. The art of lacquer and the Chinese art were especially common in offices.

During the 14th century, Venetians began wearing fitted multicolour tights, whose designs reflected the Compania della Calza (Pants Club) in which they belonged. The Senate of Venice voted regulatory laws of costs, but this resulted in changes in fashion in order to bypass the law. Boring clothes were over colourful which were then cut in order to display the hidden colours. This resulted in the widespread use of male fashion with cuts during the 15th century. Today Venice is also a large Italian centre of fashion and commerce, not as important as Milano, Florence or Rome but matching Torino, Napoli and Genova.

Venice has always been a source of inspiration for authors, poets and playwrights as the city is a popular location. It was also at the forefront of technical development of printing and publishing. Two of the most well-known Venetian writers were Marko Polo during the medieval era and later on Giacomo Casanova. Marko Polo (1254-1324) was a merchant who travelled to the East. A series of books which he wrote with Rustichello da Pisa called Il Milione, offered great incite about the counties east of Europe from the Middle East to China, Japan and Russia.

Giacomo Casanova (1725-1798) was a prolific author and famous adventurer, mainly known for his autobiography "Histoire de ma Vie" (The story of my Life), that links his intense lifestyle with the city of Venice. Venetian playwrights followed the old Italian theatrical tradition of Commedia dell'arte. Angelo Beolco, better known by the nickname Ruzzante or Ruzante (1502-1542), Carlo Osvaldo Goldoni (1707-1793) and Carlo Gozzi (1720-1806) extensively used their comedies in the Venetian dialect. Venice has also inspired foreign authors. Shakespeare placed the first act of “Othello” and the “Merchant of Venice” in the city. Ben Johnson also placed Volpone and Voltaire placed Candid in Venice. Thomas Man wrote the novel “Death in Venice” which was published in 1912. Venice inspired the poetry of Ezra Pound, who wrote his first literary work in Venice. Pound died in 1972 and his remains are buried on the island/cemetery of Venice San Michele.

The French author Philippe Sollers lived most of his life in Venice and adopted the “Dictionary of the Lover in Venice” in 2004 and “An illustrated miscellany” in 2015. The novel called “Cry to Heaven”, which was written by Anne Rice also takes place in Venice.Ugo Foscolo a famous poet and rebel wanted to see a free democracy be installed after the fall of Napoleon. Ugo (1778-1827) was born in Zakynthos during the period which it belonged to the Republic of Venice.The city of Venice dominated in the novel “The Aspern Papers” and “The Wings of the Dove” of Henry James, and is a site that the heroes visit in “Brideshead Revisited” written by Evelyn Waugh as well as “In Search of Lost Time” by Marcel Proust.

Venice is also linked with the technical side of writing. The city was the location of one of the first printing houses in Italy, founded by Aldus Manutius (1449-1515). Venice had already developed as an important publishing centre and by the end of the 18th century half of the books published in Italy were printed there.

Venice was a great art centre during the Medieval period, the Renaissance and Baroque, developing a unique style known as the Venetian school. During the Medieval period and the Renaissance Venice, Florence and Rome were the most important art centres in Europe and rich venetians became protectors of art. Venice was once a rich and prosperous Naval Democracy that controlled a large sea and commercial Empire.

At the end of the 15th century, Venice had become the capital of the European typography as it was one of the first cities in Italy to acquire a printing shop with 417 printers in 1500. The most important printing shop was that of Aldus Manutius who printed the book “Hypnerotomachia Poliphili”, which was considered to be the greatest book of the Renaissance. He established modern punctuation, the form of the page, cursive writing as well as the first printed work of Aristotle.

Painting in Venice developed under the influence of the Padua School and Antonello Da Messina, who imported the technique of oil painting by the Van Eyck brothers. It is expressed by a warm colour climate and graphic use of the colour. The first artists were the Bellini and Vivarini families, the Giorgione and Tiziano as well as the Tintoretto and Veronese. The canvases were from the early Renaissance period in Venice. These first canvases were generally raw. During the 18th century Venice painting had a had a recovery during the 18th century due to the decorative painting of Giovanni Battista Tiepolo and the panoramic paintings of Canaletto and Guardi.

Venice is known for its works of art made of ornate glass, known as Venetian glass. It is world famous for its multicolour, elegance and craftsmanship. Many of the important characteristics of these items were developed during the 13th century. Towards the end of the 13th century, the centre of the Venetian glass making was transferred to the island of Murano. Venetian artists had an important role in the development of Venetian glass, an art for which the city is well known for. When Constantinople was plundered by the 4th Crusade in 1204, some fugitive artists fled to Venice. This occurred again when the Ottomans took Constantinople in 1453, allowing more glass makers to flee to Venice. The Venetian artists had gained even more control over the colour and the transparency of the glass and became even more familiar with a variety of decorative techniques. Even though there were many attempts to keep the particular glass techniques within Venice, they became known in other Italian towns and other countries of Europe as well.

Some of the most well-known glass brands in the world are produced in the historical glass factories in Murano. These are: Bevini, Barovier &Toso, Pauly, Millevetri and Seguso. Barovier & Toso are considered to be one of the 100 oldest companies in the world, founded in 1295. One of the most famous types of Venetian glass is made in Murano, known as Murano glass which has been a famous product of the Venetian island of Murano. The island is off the coast of Venice and was a trading port from the 7th century. During the 10th century it had become a well-known trading port. Today it is a destination for both tourists as well as art and jewellery lovers. 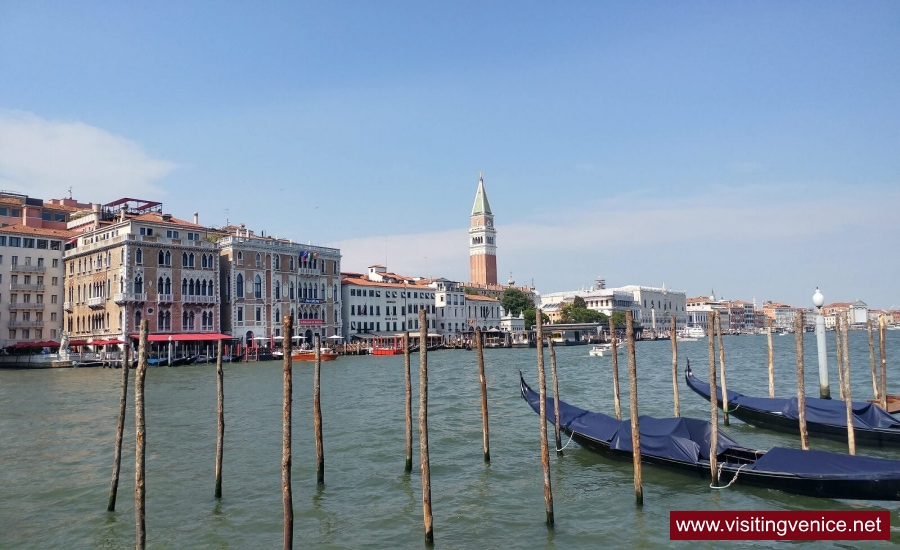 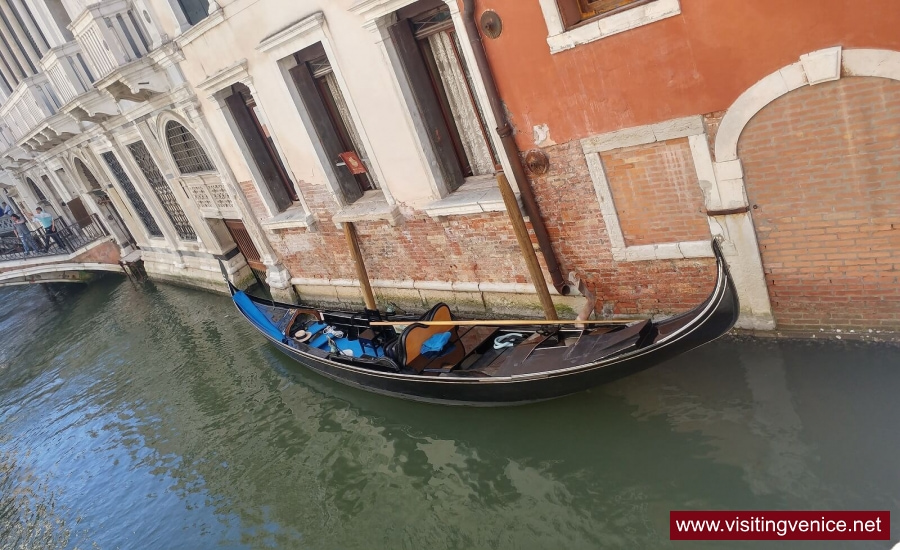 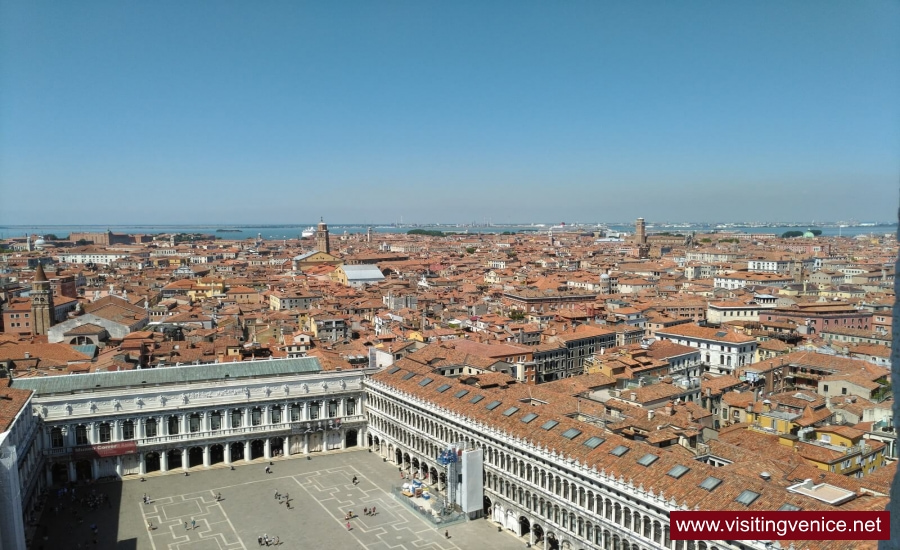 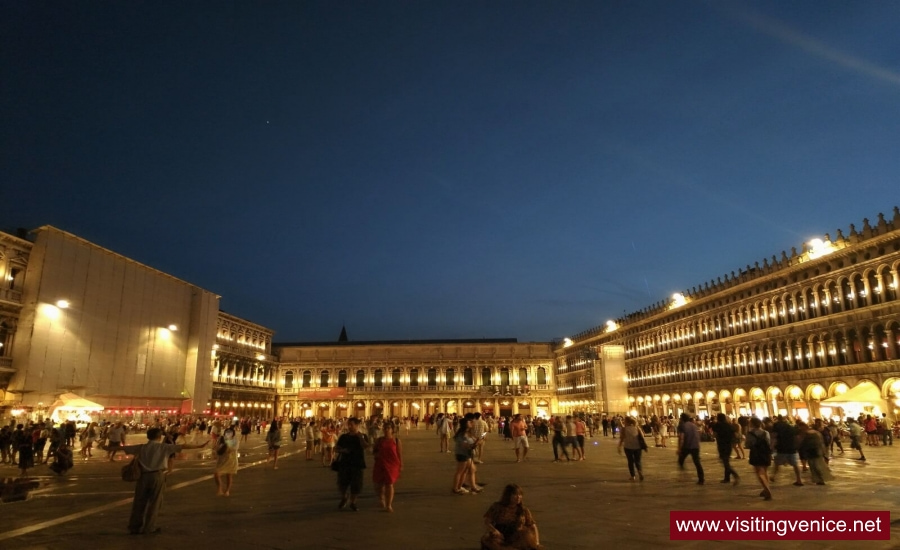