The Santa Maria Gloriosa dei Frari (usually called Frari) is a minor basilica situated in the San Polo district in Venice. It is one of the largest churches in Venice and it is the most well-known church in the San Polo area. It began being built during 1250 however it was not fully completed until 1396 as it was altered many times.

The Santa Maria Gloriosa dei Frei also has a bell tower dated from the 14th century which is the second largest one in Venice, after Saint Mark's Campanile. It has a height of 70 metres which has great view of Venice and the lagoon. The tower began being built under the supervision of Jacopo Celega in 1361, however it was finished by his son Pier Paolo 1396.

The church is held up by twelve columns which symbolise the twelve apostles. It is in the shape of a Latin cross with three naves. There are six chapels that area located along the church, and the aisles are separated from the main nave with the use of pillars.

When entering the Basilica one will come across a remarkable altar piece made of three levels. This work of art was created by Tiziano Vecellio and is called the Assumption of the Madonna. It is located above the high altar and was painted between 1516-1518. Madonna Di Ca Pesaro is another amazing work of art which was created during 1518.  The marvellous Maddona with Child and Saints is situated in the Sacristy – Peasor’s Chapel and was created by Giovanni Bellini in 1488. The St. Mark and Saints is an astonishing painting by Bartolomeo Vivarini which hangs in the Corner’s Chapel and was painted in 1474.

The church includes 17 monumental altars as many famous Venetians were buried in the church such as Doges (Francesco Foscari, Giovanni Pessaro , Nicolo Tron), the sculptor Antonio Canova and the painter Titian. To the left of the entrance is the tomb of Antonio Canova, originally designed as a monument to Titian. The tomb of Antonio Canova is another interesting work of art as it is similar to a pyramid due to size and shape. Titian’s tomb is across the nave on the opposite wall with a grand triumphal arch. 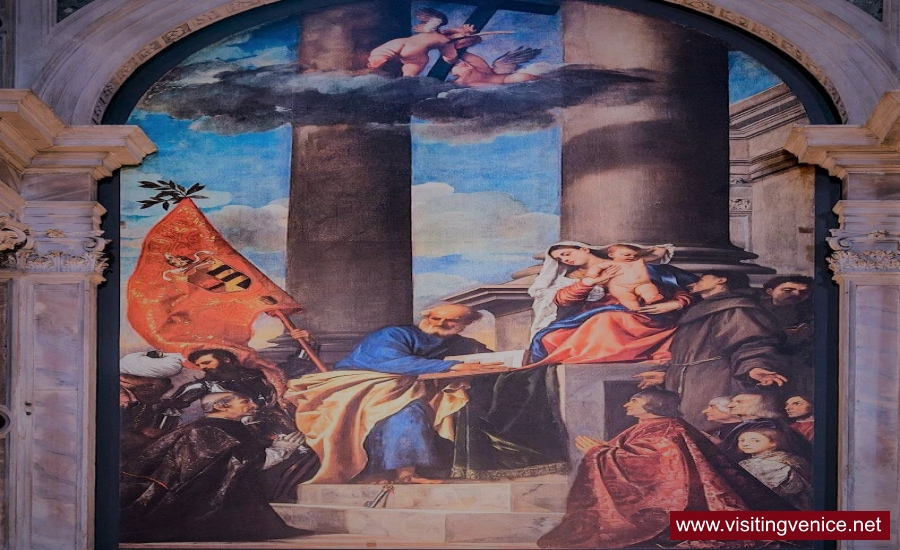 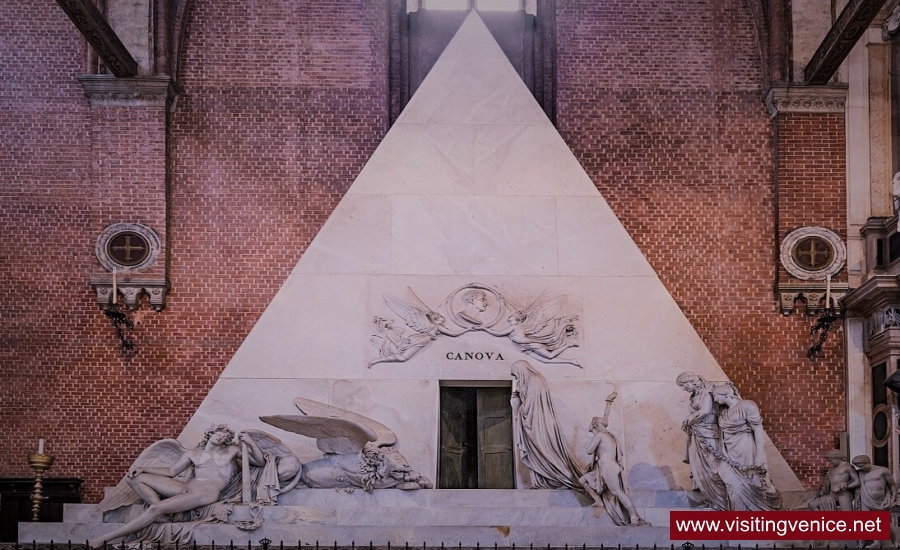 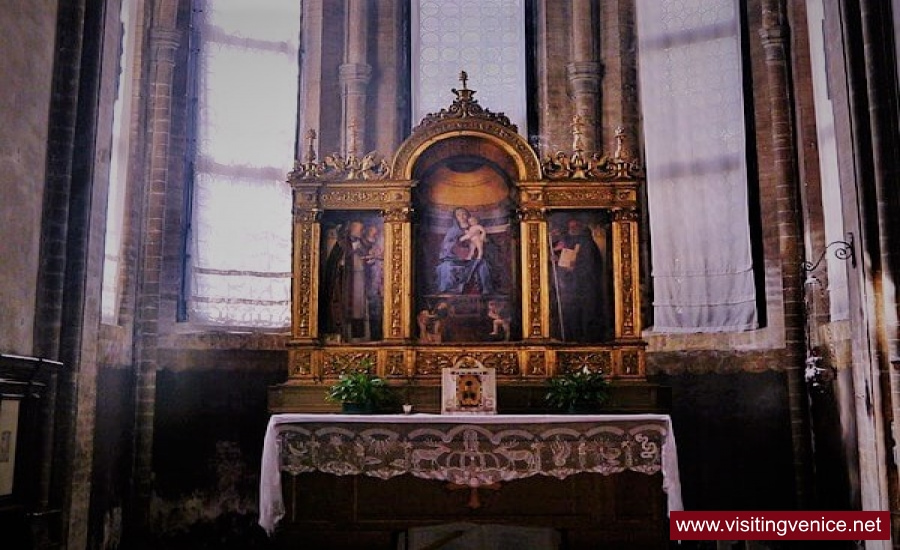 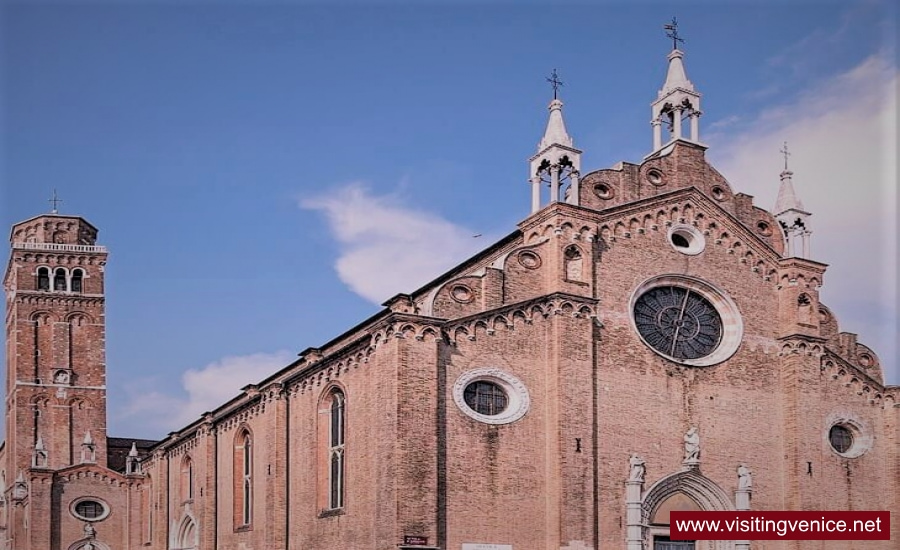 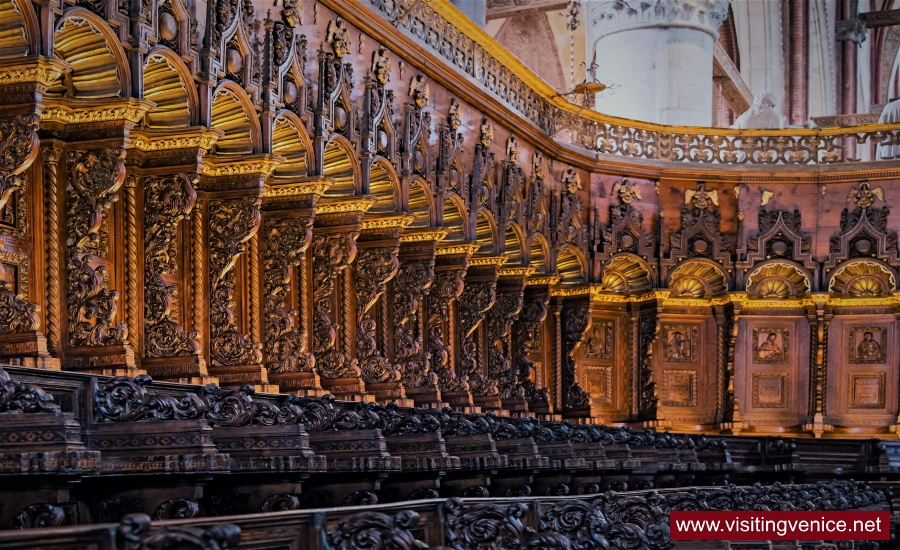 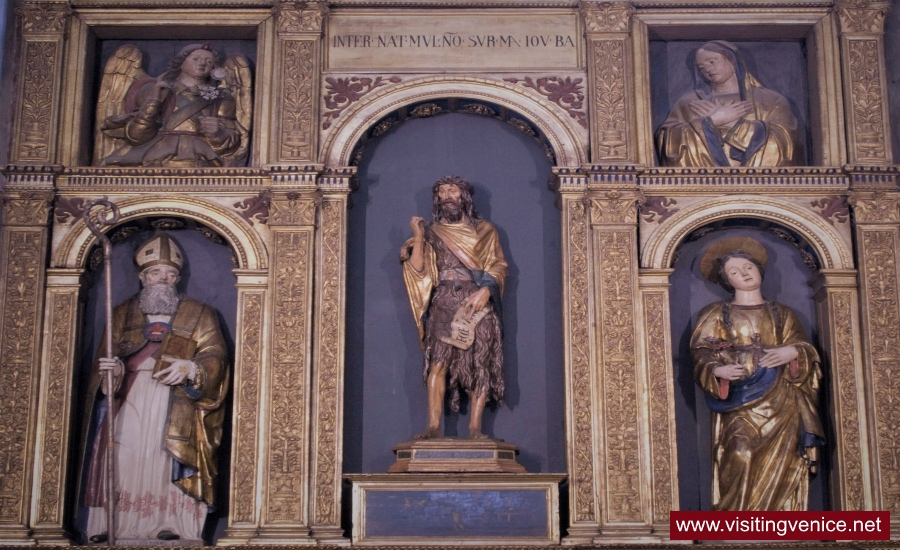