Saint Mark’s Campanile is the bell tower of Saint Mark’s Basilica, situated in the Piazza San Marco. It stands at a height of 98.6 in the corner of the arcadeds Procuratie Nuove that links the Piazza with the Piazzetta. The campanile is so high that is was used in order to approach the ships as a lighthouse in order to lead them home. It began being constructed during the 10th century and was completed during the 12th century. The intense roof and the golden plated peak however were not added until the 15th century. During the following years the campanile was repaired many times due to fires which were casued by lightning. It 1776 a lightining rod was added in order to avoid the continuous damages that occurred over the years.

On the 14th of July 1902, the campanile collapsed into a pile of ruins, destroying the Loggeta to its feet without losses. It had also killed many citizens. Until 1912, the campanile had been rebuilt to the original height of 98, 6 metres, as the Logetta a small marble villa that was built by Sansovino between 1537 and 1540 for the members of the Grand Council to gather before the sessions. After the clearing of the ruins, the Logetta was able to be reconstructed using the original stones and sculptures, including the four masterpieces of copper of Sansovino that are located between twin columns. The restored campanile was inaugurated in 1912.

The tower has five bells which have a different meaning but is not in use anymore. The Marangona is the biggest bell and was rung twice a day once to mark the beginning of the day for workers and one at the end of the day. The Malefico was the smallest bell which was used in the case of an execution. The Nona was used during the middle of the day. The Trottiera was used in order to gather the members of the Maggior Consiglio. The Mexxa terza was used in order to announce a Senate session. During the middle ages the tower was used as a punishment. People who broke the law were taken to the top in a cage and left there to endure both hot and cold weather.

Today the Saint Mark’s Campanile is one of the main attractions in Venice. Visitors are transferred to the top for a fantastic view of the whole city and the lagoon. More specifically, magnificent views of the St Mark’s Basilica, the Santa Maria della Salute, and San Giorgio can be seen. 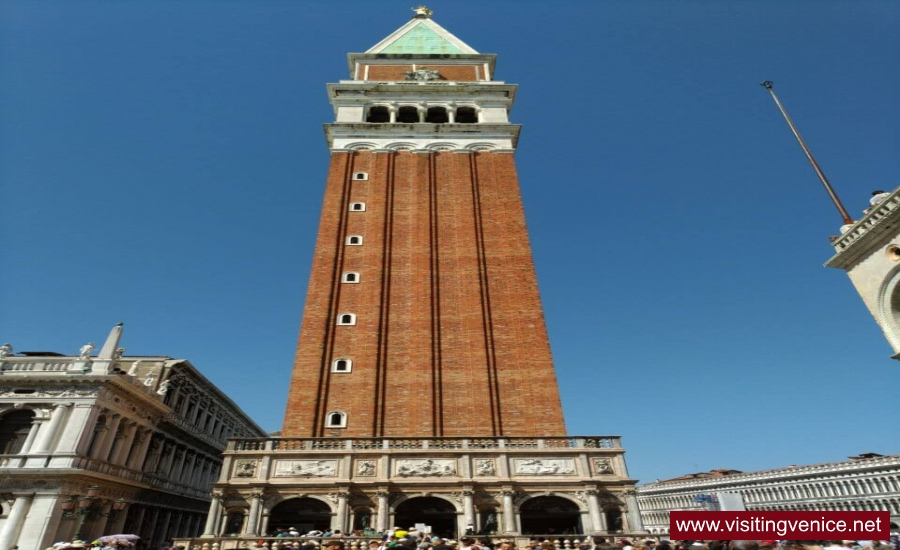 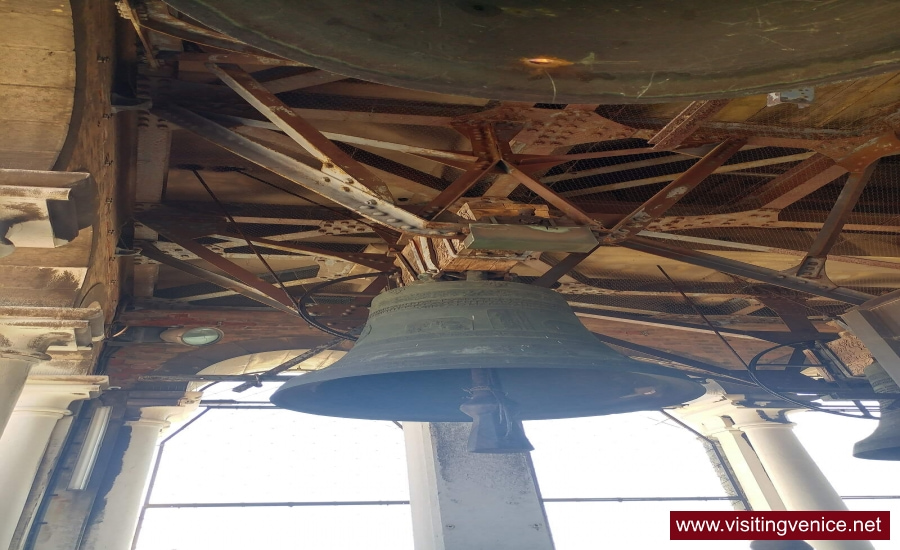 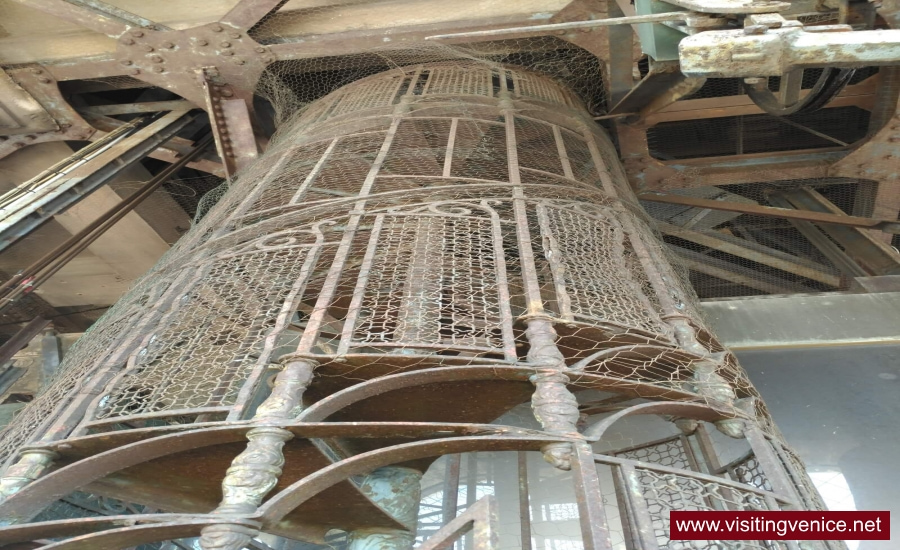 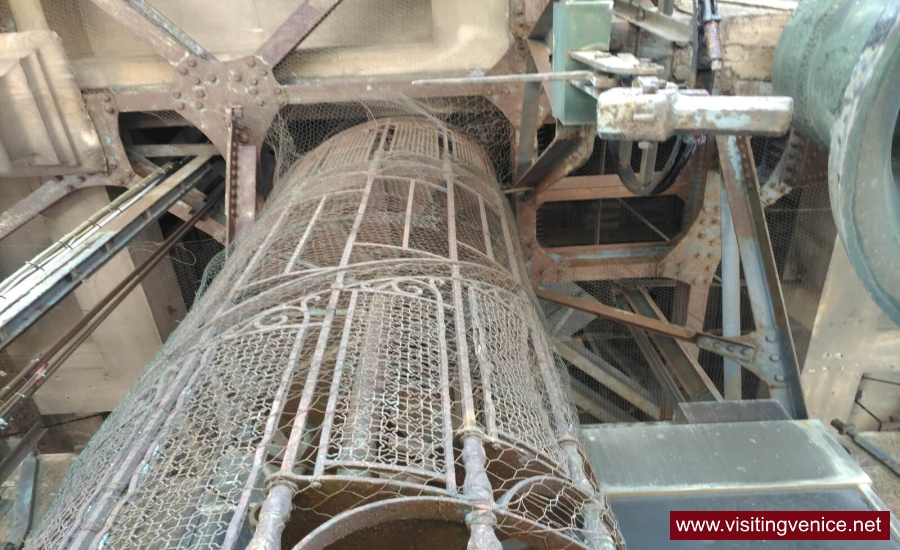 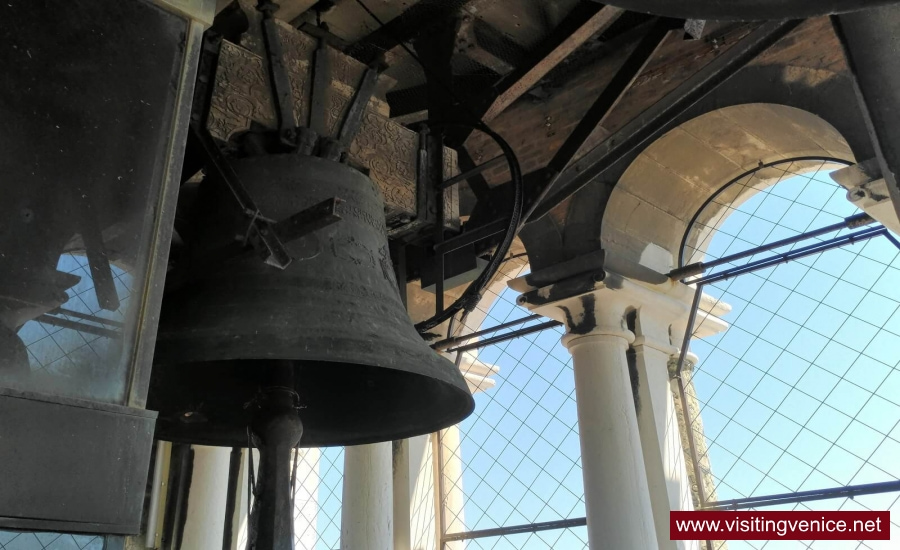 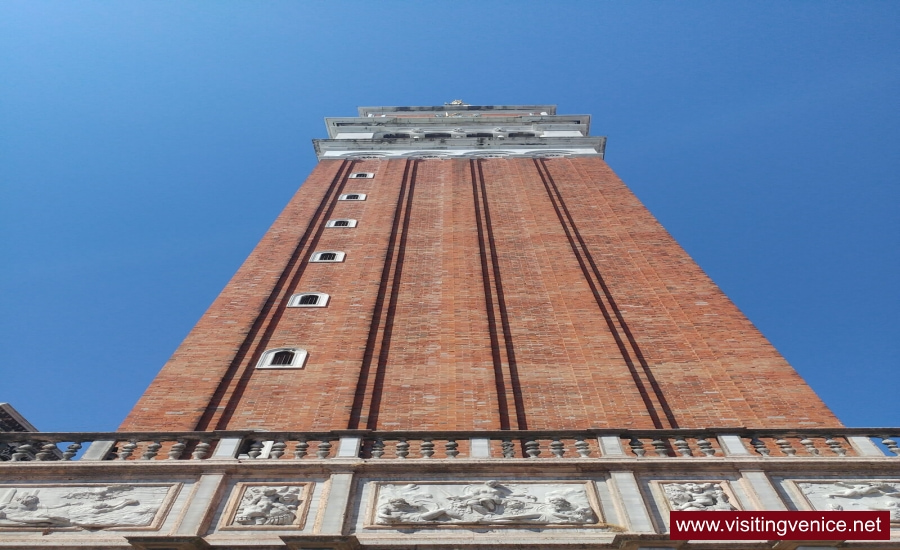 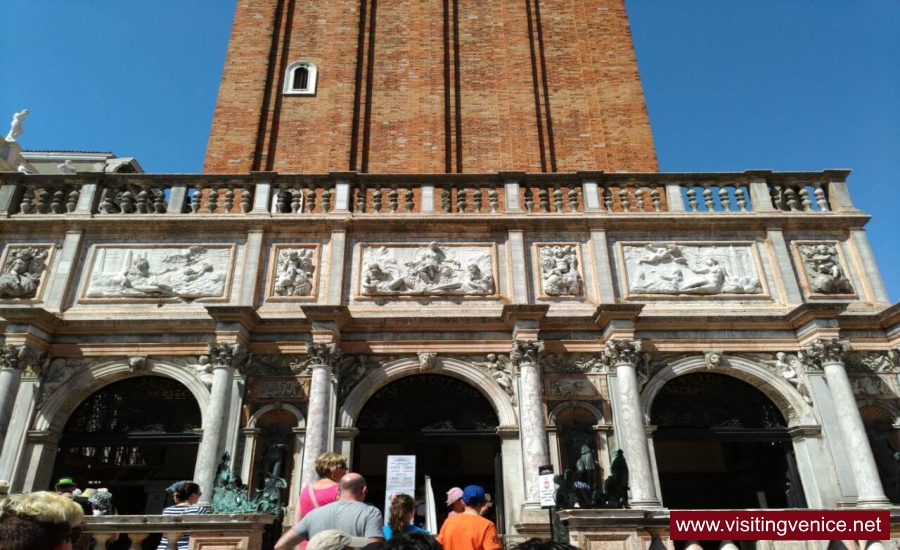 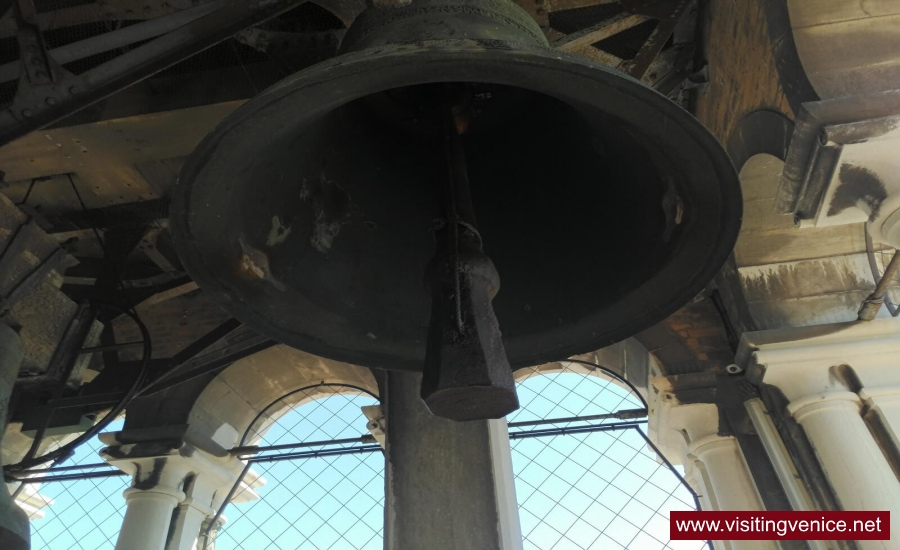 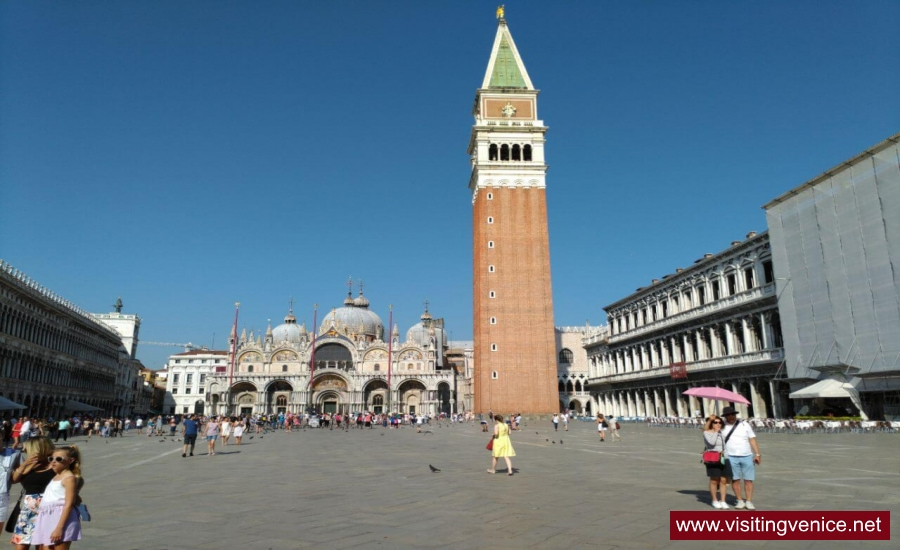