The Bridge of Sighs or Ponte dei Sospiri in Italian is a named bridge in Venice that links the Palazzo Ducale with the prisons. It was built during the 16th century, by the architect Antonio Contini as a covered pathway with small battlements instead of windows. This pathway was used in order to lead the prisoners into the legendary palace room, where their trials took place. The Rio d’ Palazzo River is situated between the two buildings.

There are many theories as to why it was called Bridge of Sighs. The first version supports that it was due to the prisoners who passed from there towards their execution. It is said that the prisoners saw the outside world for the last time and freedom with it.

Another theory is that couples would kiss under the bridge during the sunset in order to have eternal love. This romantic view was created by the poet Lord Byron who mentions that he stood in Venice at the Bridge of Sighs, with a palace and a prison in each hand.

The bridge is also known as one of the most brilliant examples of bridge architecture in the world. It is of Italian renaissance rhythm and it took two years in order to create it in 1600 A.D. It was made from white asbestos and it is decorated with sad or angry faces with only one person smiling.

bridge of sighs in venice 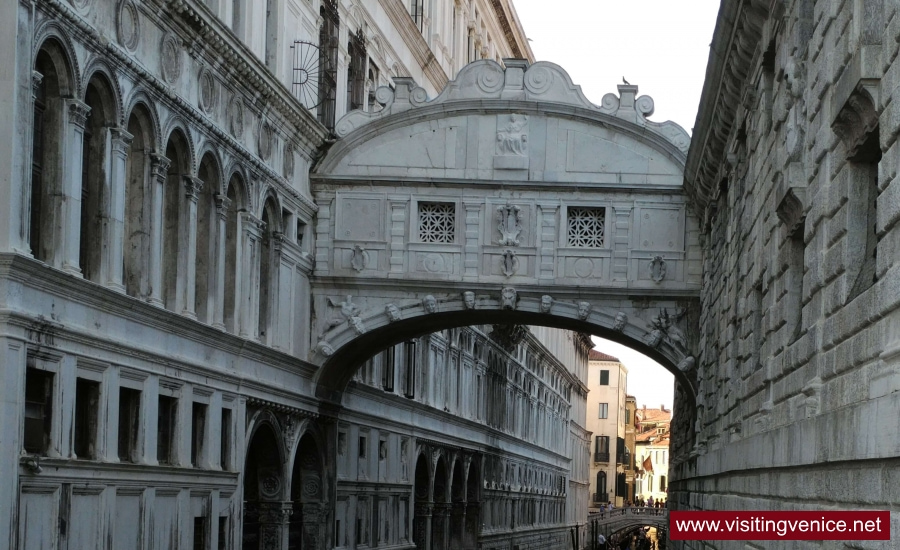 the bridge of sighs 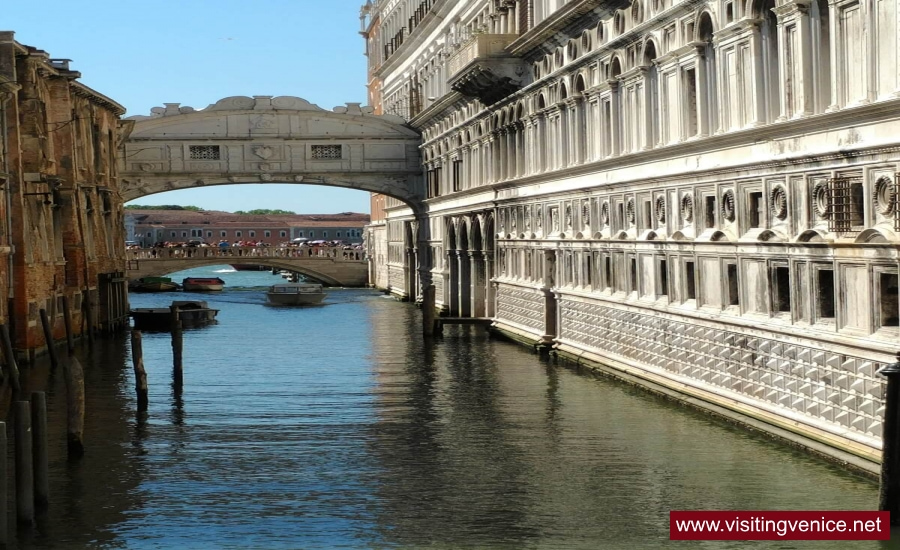 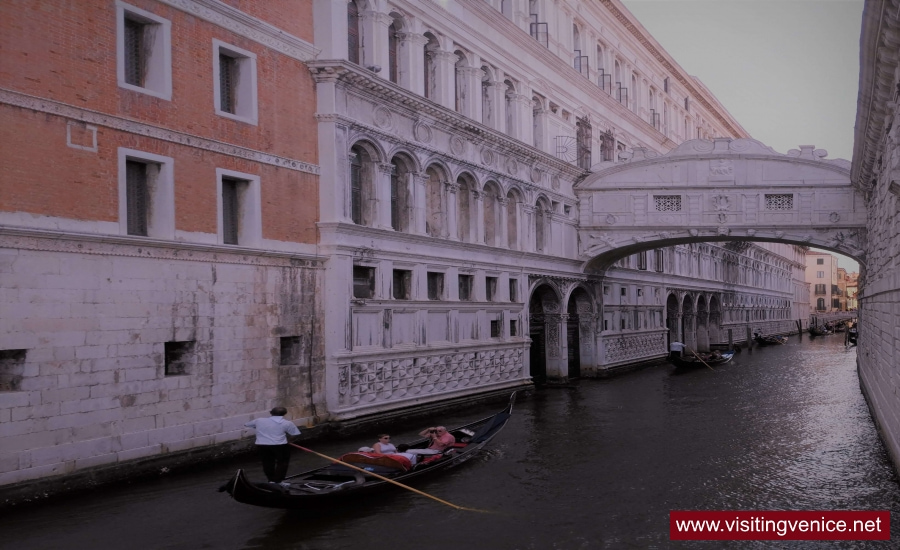