The Rialto Bridge is the most famous and most ancient bridge out of the four that cross the Grand Canal. The vaulted stone bridge of Rialto was built from 1588-1591 under the supervision of Antonio da Ponte. The original bridge was wooden, however it kept collapsing from the weight of the pedestrians.

The buildings of Rialto were destroyed by a great fire in 1514, leaving the church of San Giacomo di Rialto the only one that was salvaged. The rest of the buildings were reconstructed from the beginning. Famous architects of the time such as Michael Angelo were candidates for the reconstruction of the bridge, however the project was taken over by architect Antonio da Ponte. During the three years that took to construct the bridge, the merchants were not pleased as they had to transport their good by boat. The final result however was astonishing as it is the grandest and the most famous bridge of all four that exist in the Grand Canal.

Even though there are hundreds of bridges in Venice, until the 1850’s it was the only footbridge that linked the two sides of the Canal at its narrowest point. This is where the heart of the city beats.

The market gained a greater reputation and value with time. Wholesale trade was at the same level as retail trade, with huge warehouses for the goods. Venetians once arrived from the Middle East with silk and spices.

Today the market is filled with small shops and stalls that sell jewellery, souvenirs, Murano glass and other items on both sides of the Grand Canal. An area that was once filled with merchants is now packed with tourists. As it is considered a top attraction, the Rialto Bridge is always included in the city tours. Choose a side and enjoy one of the most classic images of Venice, as the gondolas glide against the water. 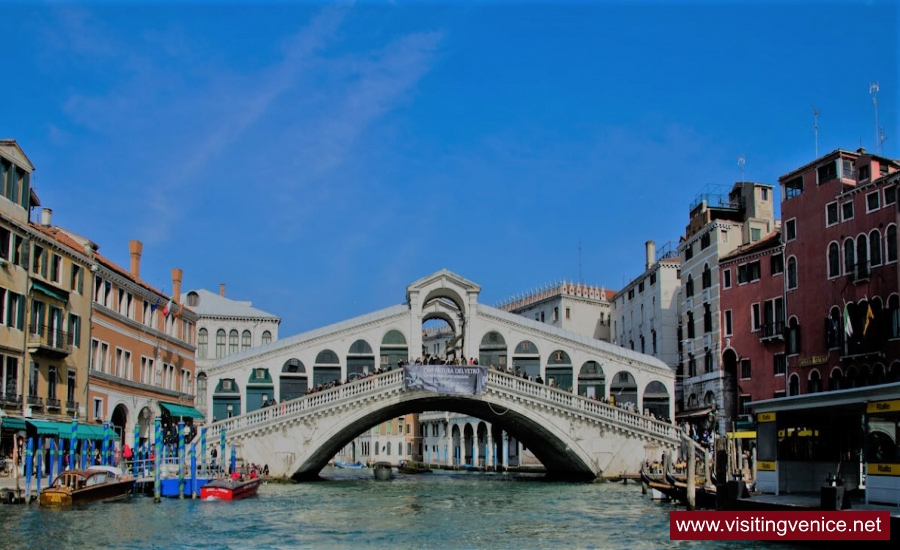 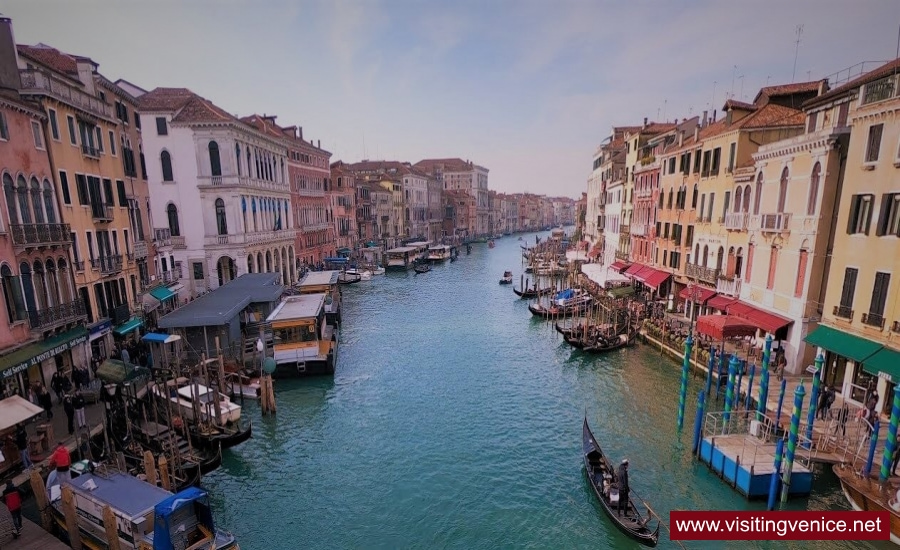 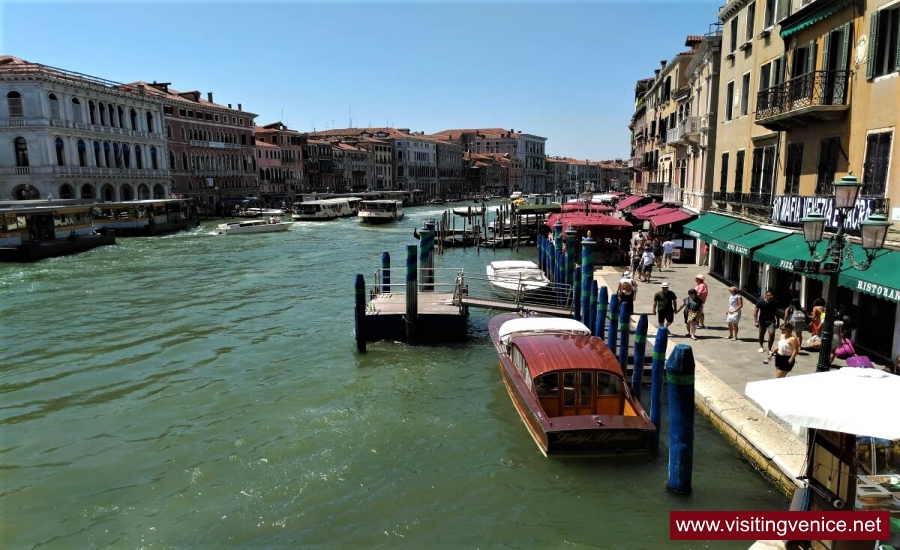 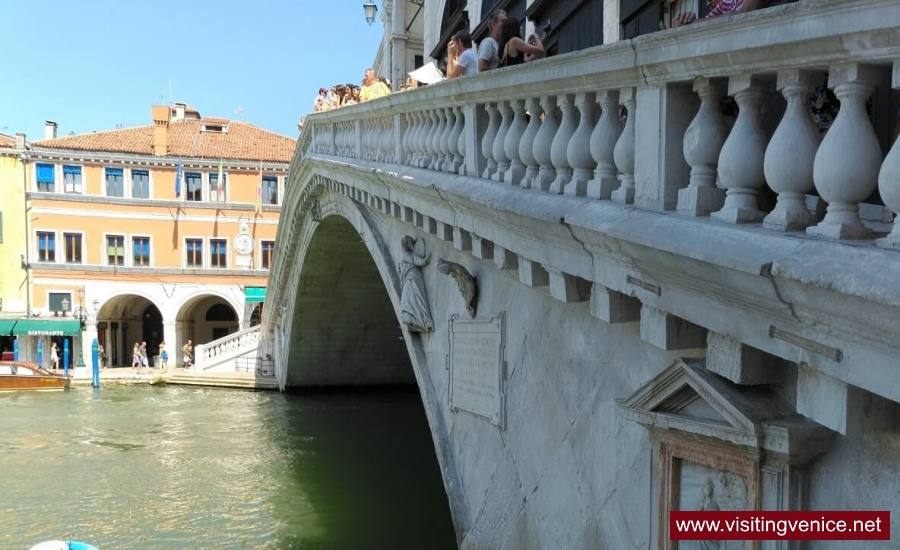 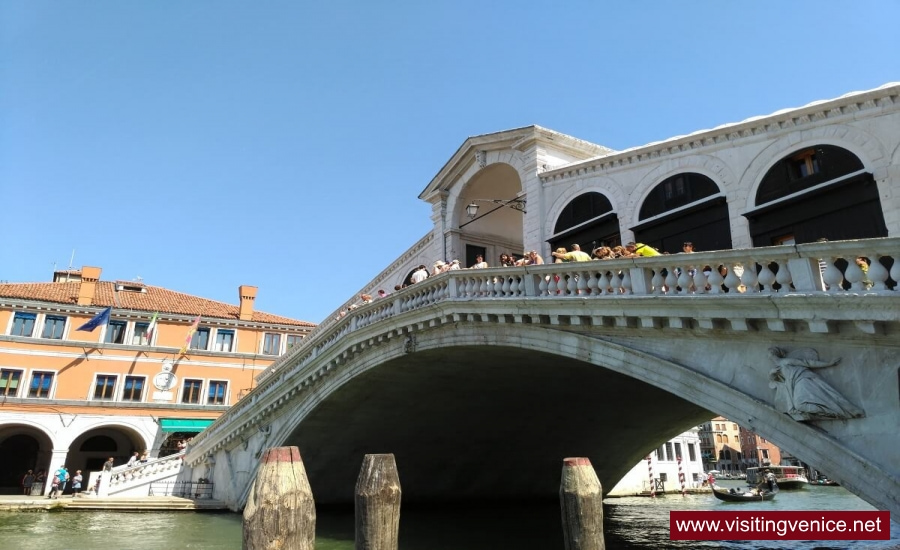 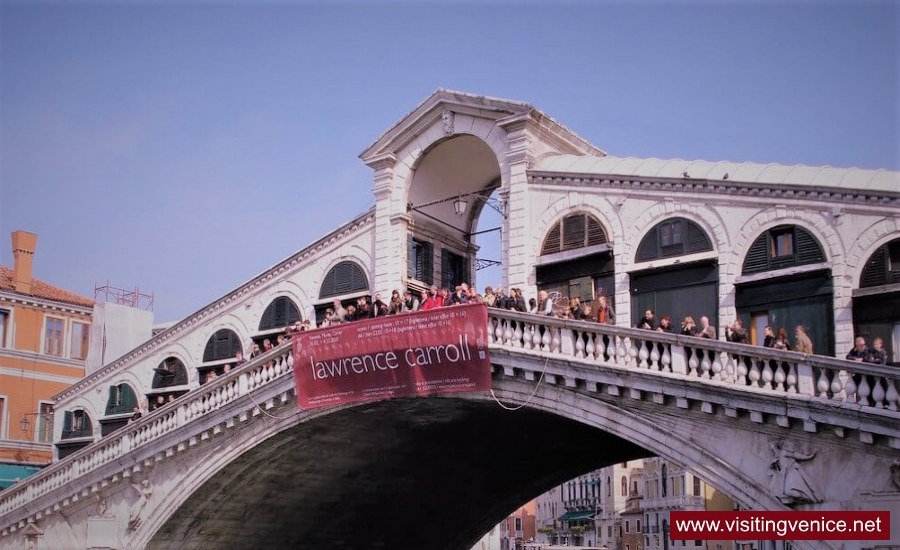 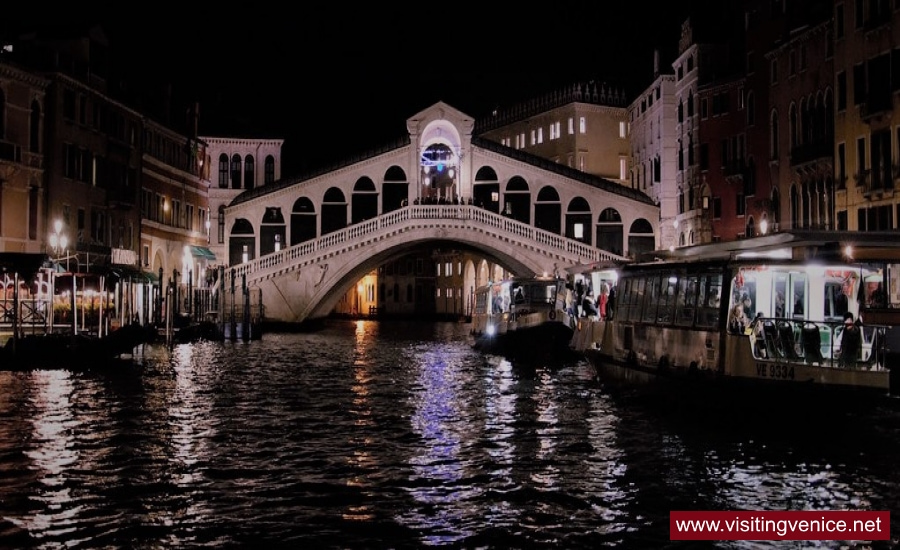